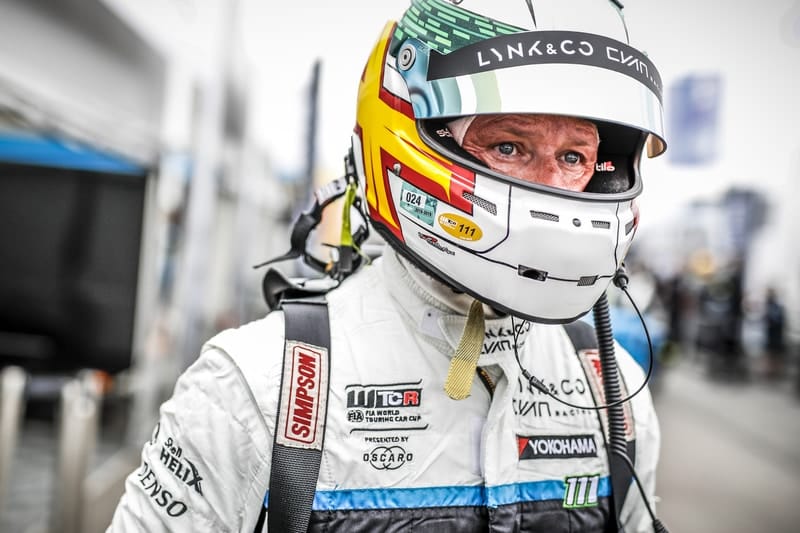 The Cyan Performance driver was competing on a track he knew well from previous visits in different motorsport championships and was looking forward to a much-needed jump in performance. Whilst his team-mates were dominating the headlines, Priaulx quietly racked up the points after a good weekends work.

With all four Lynk & Co 03 TCR’s getting an adjustment as part of the Balance of Performance measure, Priaulx was able to capitalise on this and fought his team-mates hard in the thirty-minute Saturday Qualifying session as he looked good for pole position. Third place would be the Guernseyman’s reward.

Race one would be his best of the weekend, with Priaulx losing out to Mikel Azcona during the early laps and then going into defence mode as he tried to hold off the faster Volkswagen Golf GTi TCR of Johan Kristoffersson.

Priaulx held on to take fourth place at the flag behind team-mates Thed Björk and Yvan Muller and Azcona. Races two and three on Sunday were more difficult with the BoP reverted back to the same standings as they were in Slovakia.

With this in mind, Priaulx had two quiet races where he finished in eighteenth place in the second race and scored the final point in race three, taking fifteenth place.

The Cyan Performance driver reflected on the first race of the weekend, where he found himself enjoying the close racing on the challenging circuit of Zandvoort.

“I had a really tight fight for pole position with my teammates Thed Björk and Yvan Muller. I had a tough race as I lost a little at the start to Mikel Azcona and then had to fight with Johan Kristoffersson, but being a little low on power meant I had to eventually settle for fifth,” explained Priaulx.

“However, it was really nice to race with someone so close and have no contact. It was a really fair fight. I was happy for Thed and Yvan, who gave the team its first one-two of the season, and we showed that with every race we are getting stronger.”