Verstappen “aiming for top five” from rear of Monza grid 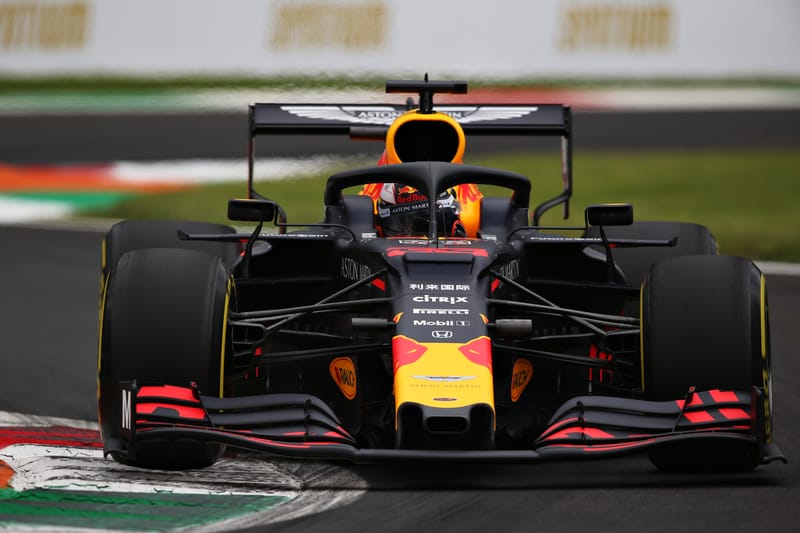 Max Verstappen has made his intentions clear and says he’s “aiming for the top five” from the rear of the grid in the 2019 Italian Grand Prix.

Heading to Monza Verstappen knew he’d start toward to tail-end of the Monza grid owing to a new-spec Honda power unit being fitted to his RB15.

Despite his preordained grid slot, the Dutchman did make an appearance during qualifying…if only briefly.

Verstappen chose to complete one run in Q1 “to see how competitive we were” but when he lost power exiting turn two on his one and only hot lap the team aborted the lap and he returned to the pit-lane.

“Qualifying didn’t exactly go to plan,” said Verstappen. “I wanted to go out and do one lap to see how competitive we were in Q1, even though we are starting at the back because of the penalty, but out of Turn 2 I felt a loss of power and we chose to abort the lap.

“I’m not worried about the power unit for tomorrow as we haven’t seen problems in the race before and the upgrade seems to be working well in terms of performance as you could see from our times in FP3.”

Talking of his chances of a strong result in Sunday’s race Verstappen admits “it will be pretty tough” but has set his sights on a top-five finish.

“In the dry it will be pretty tough tomorrow as the leaders should be able to pull away quickly in the first few laps and there are a lot of cars that look competitive around here.

“On a track where there aren’t many corners and the lap times are so similar it is harder to close that gap, but in the wet the differences are normally a bit bigger and then we can definitely move to the front.

“Rain tomorrow would give us a better chance but even in the dry we have a good race car so it should be fun and I’m aiming for the top five.”

“Going into qualifying Max was always due to take a penalty so he only attempted one run in Q1 as per the plan, but he experienced a spike in revs on the kerb at Turn 2 which meant he felt a loss of power and as a precaution he aborted the lap,” said Horner.

“Alex progressed through Q1 without any issue and in Q2 he looked to have reasonable pace in the car. In Q3 Raikkonen spun causing a red flag during Alex’s first run while he was around half a second up on his previous best so he did not record a time.

“A bit of messing around from many drivers on the out lap of the final run in Q3 held everyone up meaning Alex was unable to record a lap which is frustrating as he had good pace in the car today.”