Chadwick Feels ‘Further Away’ from Formula 1 Dream Despite Super 2019 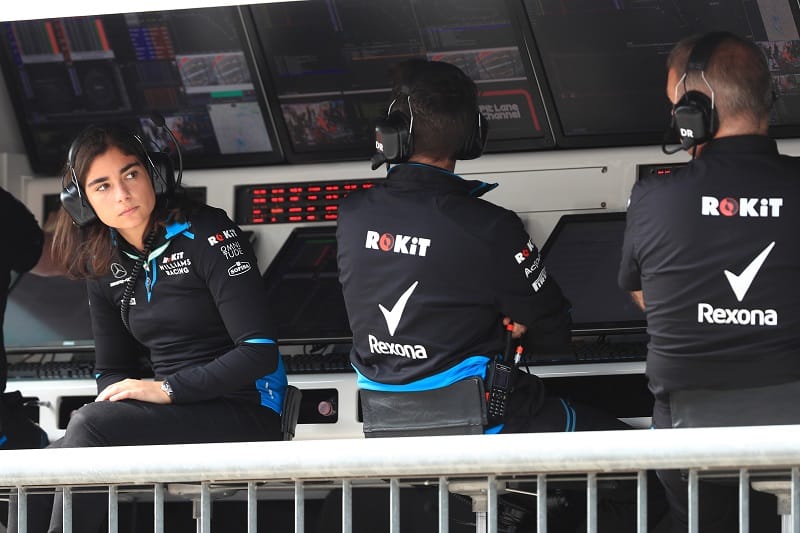 Despite winning the inaugural W-Series championship in 2019 and earning a lot of credit for her performances, Jamie Chadwick feels even further away from making it into Formula 1 in the future, although this is down to the things she knows she has to develop in order to be in with a genuine chance of reaching her goal.

The twenty-one-year-old is a Development Driver with the Williams F1 Team but Chadwick says she does not want to rush her career, and wants to improve her chances of making it to the top level of single seaters by learning everything she needs to in order to make it happen.

Chadwick has been inside the Grand Prix paddock for a number of races with Williams this season alongside her simulator role back at the factory, but being trackside has opened her eyes up at just what she still needs to develop in order to become the first female since 1992 to attempt to Qualify for a Grand Prix and the first to take a race start since 1976.

“To be completely honest, further away,” Chadwick is quoted as saying by Reuters when asked if she felt closer to making to Formula 1 by winning W-Series.  “Not in a bad way, in a really refreshing way, I feel I know what I need to now learn in the next few years.

“I’m not going to rush that. I’m not going to try and cheat it.  I need the time to develop and if I get to Formula 1, I want to be the best possible driver to make the mark I need to make,”

Should her contract with Williams continue, Chadwick hopes to turn her simulator-only role into something that involves driving the teams car, possibly even following in the footsteps of Susie Wolff, who ran a handful of Friday practice sessions for the team during her time there.

“In terms of getting in the car, that’s an ongoing discussion,” revealed Chadwick, who also won the 2018/19 MRF Challenge title last winter.  “We’re sort of pushing as hard as we can but we’ll see.

“If we can continue the relationship into next year, and if I can continue to do the best possible job in the sim, then that hopefully gives me justifiable reason to potentially test the car at a future date.”

Chadwick had hoped to make the jump up to the FIA Formula 3 Championship for 2020 but despite her impressive W-Series season and the exposure that brought, the financial support still wasn’t there for her to make this move.  However, she hopes another strong season in W-Series will enable her to get that opportunity to race on Grand Prix weekends.

“At the moment although the first year and the exposure has been absolutely incredible, I haven’t quite managed to secure the (financial) support to go to, say, FIA F3,” admitted Chadwick.

“Hopefully off the back of a strong second year’s campaign… that’s going to give me that opportunity.”