Mercedes’ Andrew Shovlin: “The amount of effort it takes to win a championship is huge” 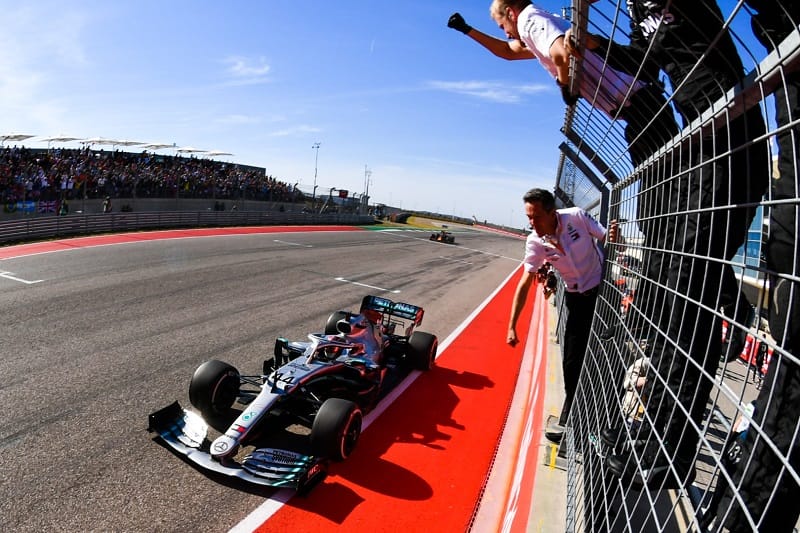 Andrew Shovlin says it is ‘brilliant’ to be a part of the Mercedes AMG Motorsport set-up after seeing the team complete their sixth consecutive Drivers’ and Constructors’ Championship double in the recent United States Grand Prix.

The team had already confirmed themselves as the 2019 Constructors’ Champions prior to the race at the Circuit of the Americas, but Lewis Hamilton secured the Drivers’ crown by finishing second to team-mate Valtteri Bottas on Sunday, his sixth World Championship triumph and his fifth with Mercedes.

Bottas’ win also secured himself second place in the standings and Shovlin, the Trackside Engineering Director at Mercedes, says everyone within the team is working with and for each other, and the amount of effort that has gone in to maintaining their position at the front of the field is remarkable.

“The amount of effort it takes to win a championship is huge, so when it all comes to the final fruition, you just swell up with great, great pleasure – and to have the cherry on the cake of standing on that podium looking out on our team and everybody in the crowd was fantastic,” said Shovlin.

“It’s brilliant to be part of this team – it makes you really keen to work, it takes you way above and beyond what you would normally give because you’re surrounded by all these people that you don’t want to let down and you enjoy being in an environment that is supporting you, letting you take risks, letting you screw up, but not slapping you in the face for it, just urging you on collectively as you go.

“It’s an exciting place to be and it tends to make people want to be in it.”

Formula 1 and Mercedes lost three-time World Champion Niki Lauda during 2019, and Shovlin feels the Austrian would have been proud of Mercedes’ efforts this season, although he joked that he would also be telling them off for not putting as much effort into their 2020 car as they could be.

“Today, we all think of Niki who was such an important part of our team,” said Shovlin.  “Losing him was quite a massive blow, particularly to Toto [Wolff] who spent so much of his working life with him, but for all of us as well, because Niki was someone with such a big personality, such a huge figure in our sport and such a friend to the team.

“I think he would have appreciated this – doing it in such fine style this year, he would have seen this as a team at the top of its game. He’d probably be telling us to work on next years car now, but I think we’ve done him proud this season.”

"I'm really stoked that it turned into a victory" - Daniel Ricciardo

By Nick Golding
2 Mins read
Daniel Ricciardo assured his doubters that he is back, after claiming first win since 2018, and Mclaren’s first since 2012. Lando Norris completed magical 1-2 for the team.
Formula 1