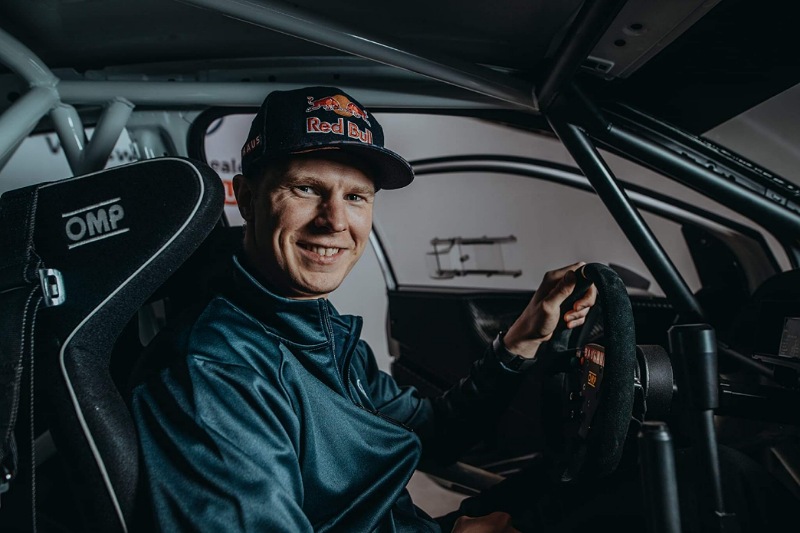 The comeback for the double FIA World Rallycross Champion Johan Kristoffersson is now delayed due to the COVID-19 outbreak that makes World RX to postpone events but he is hoping for atleast any form of World Championship this season.

The season-opener at Catalunya, Montalegre and most recently Spa-Francorchamps have now been postponed due to the coronavirus spread. According to the calendar the first event will be held in Hell in June but that event seems also to be under threat now too.

In an interview with NWT, Kristoffersson speaks about the possible calendar changes for the season.

“No, it doesn’t seem likely. I might think Höljes, but it is at the same time as the Almedals Week [Political event on Gotland Islands] and they have cancelled that.” Kristoffersson told to NWT.

“But they will try to held as many as possible. They have said it does not matter how many events it will be. It can only be one. After all, it will still be much longer than, lets say, a 100-meter sprint in the Olympics.”

The World RX teams wants also at least one event rather than nothing at all.

“All the teams want to try to run all the events, although move them forward later in the summer.”

But the events that will be held at Abu Dhabi, Nürburgring and Catalunya can cause problems to move forward as the tracks are booked for most of the weekends.

“It is possible to race in the middle of the week as well. Now there are no rules that apply, purely rallycross tracks such as Hell, Höljes and Lohéac, maybe there is the opportunity to run two races. Neither does it prevent us from running two weekends in a row.” Kristoffersson continued.

While waiting for the season to start so he can put on his racing suit. He is currently working the Kristoffersson Motorsport shop to prepare the car for the season.

“The car is ready but everything around this have to be done. We got more time to make things perfect. If we shall race with the car, the Germans have to come over but they are not allowed to fly. We could do the testing with our rally car but that is not actually what I should do.”

“We can’t digg a hole and lay us down and die. We have to work like we should live only a couple of years more.” Kristoffersson added.

INTERVIEW: Ulrik Linnemann – Back in The Game!

World RX of Finland to be Hosted Behind Closed Doors

Interview: Kevin Hansen – “I have worked on some things in my...