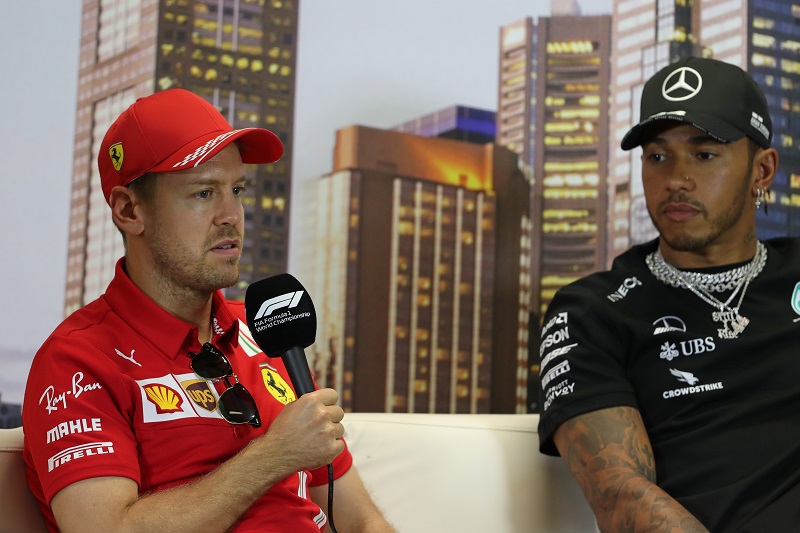 Toto Wolff, the Team Principal of the Mercedes AMG Petronas Formula One Team, says they will have to consider Sebastian Vettel as a possible driver with the German marque after the announcement that he will be leaving Scuderia Ferrari at the end of the 2020 season.

Vettel will leave Ferrari after six years with the Maranello-based squad, having joined them ahead of the 2015 season after leaving Red Bull Racing.  He currently has fourteen race victories with the team but has failed to secure a World Championship with them, finishing second twice in 2017 and 2018.

Both Lewis Hamilton and Valtteri Bottas are out of contract at the end of the current campaign, and while Wolff says Mercedes will be as loyal as they can be to the current drivers, someone of Vettel’s stature makes it impossible for them to ignore him as a possible 2021 race driver.

Hamilton’s future remains unclear, with the Briton himself being linked to replacing Vettel at Ferrari, while Bottas’ contract is only for one season.  Mercedes also have current ROKiT Williams Racing driver George Russell on their books, so they cannot not overlook the former FIA Formula 2 champion either.

“Sebastian is a great driver, a major personality and an asset to any Formula 1 team,” Wolff is quoted as saying by Motorsport.com.  “When looking to the future, our first loyalty lies with the current Mercedes drivers.

“But naturally we must take this development into consideration.”

By Nick Golding
2 Mins read
George Russell secured Williams Racing another points finish after crossing the line in tenth at the end of the chaotic Russian Grand Prix.
Formula 1

"We held our own and made no silly mistakes" - George Russell

By Paul Hensby
1 Mins read
Frédéric Vasseur says the four points scored by Kimi Räikkönen in the Russian Grand Prix will be a big confidence boost for everyone at Alfa Romeo in what has been a difficult season for the team.