Keeping the paddock safe – the doctors behind Formula 1 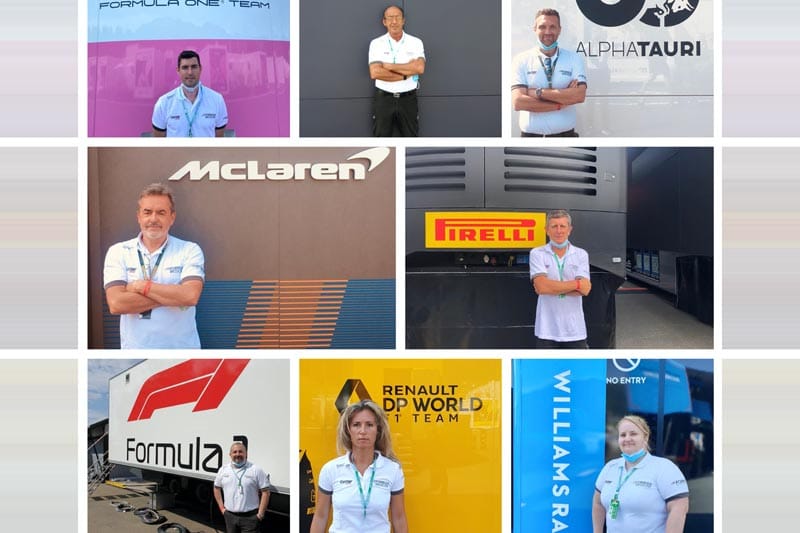 Dr. Riccardo Ceccarelli and his team at Formula Medicine are the doctors behind keeping each of the Formula 1 teams in good health season after season, but in 2020 things hit a little different when the Covid19 outbreak spread globally.

The Austrian Grand Prix weekend is here, and a team of six from Formula Medicine, comprising of four Italian doctors and two British doctors, have each been assigned a team to work with in order to keep each bubble safe. Remote support has been given to both Alfa Romeo Racing and Haas F1 Team. This was one of the first challenges Covid19 and the F1 ‘circus’ presented to Ceccarelli and his team, who usually work amongst the different teams.

With Covid safety being the number one priority throughout the paddock, there are new protocols in place, which present their own challenges, including mandatory swab tests every five days for everyone present at each race.

“One of the biggest problems is represented by the fact that each individual can only work within the group to which he/she has been assigned,” explained Ceccarelli.

“Until last year we offered a service to the whole paddock with a team of four medical doctors. Now things have changed, and we must provide a doctor for each of the teams and groups we work with. Six in total for the teams.

“Two more doctors are assigned respectively to the Pirelli and F1 staff. We have had to order huge quantities of medical and pharmaceutical supplies because each group has to have its own stock.”

Members of the Formula Medicine team have previously assisted in their native countries’ efforts against the virus, working in specialist wards dedicated to patients suffering from the coronavirus.

They know first hand how devastating the effects of the virus can be, and how important it is for the teams and fellow personnel to follow the protocols while they are at the circuits.

The team plan to stay abroad for the double-header at the Red Bull Ring – Austrian and Styrian Grands Prix, and the Hungarian Grand Prix over three consecutive weeks.

Marketing Coordinator by day, motorsport fan all the time! University of Sunderland Journalism graduate, CIM Level 4 certificate holder chasing her dreams of working in motorsport communications. If you don't find me stage or trackside, you'll find me at a gig or festival!