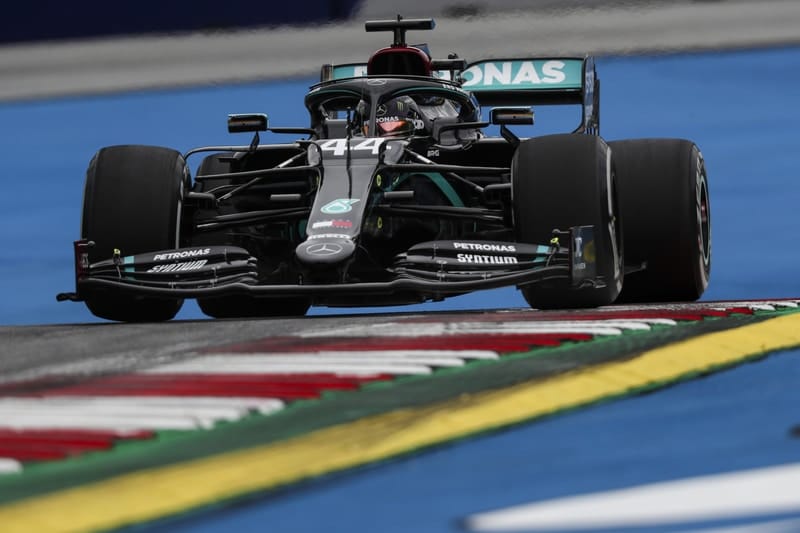 Mercedes-AMG Petronas Formula One Team‘s chief race engineer Andrew Shovlin has described the Austrian Grand Prix as “pretty tough”, owing to the technical difficulties the team experienced and the penalties which they had to deal with.

Having been dealing with reliability issues all weekend, they became more prominent during the race, first showing up on Valtteri Bottas‘ car, and then team-mate Lewis Hamilton‘s. As a result, for a period during the race, their plan was to try and get both cars to the finish line.

“Well done to Valtteri and the team, he has driven very well all weekend and deserved the win. The race itself was pretty tough; we’ve been nursing some issues all weekend that are causing a build-up of electrical noise on various systems and halfway through the race, we were seeing signs of the problem on Valtteri’s car and later similar with Lewis,” said Shovlin

“For a lot of the race our focus was just getting two cars to the finish, so we were trying to get both to stay off the kerbs and also trying to give the Power Unit an easy time. The first stint was fairly straightforward. The plan with Valtteri was to steadily build a gap to Max and Lewis just had to make progress through the field.

“Alex wasn’t making it easy for Lewis to get past and we did feel that Lewis gave him plenty of room to stay on the track and certainly more than he gave Lewis at the start, so it was a bit disappointing to get the penalty but sometimes these things don’t go your way.”

Shovlin said the team will work hard to rectify the problems they experienced this weekend, ahead of the second race at the circuit next week.

“We’ve not got long to fix the issues and given that the track won’t change, it’s a safe bet that they won’t all go away. We’ll be working hard over the next few days to solve these problems and look forward to racing here again in a week’s time. On a positive note for the fans, it’s unlikely that the second race will be a cut and paste of the first!” he concluded.

By Paolo Iantosca
2 Mins read
Rookie Yuki Tsunoda is not afraid to make mistakes in his first season in Formula 1 with AlphaTauri.
Formula 1