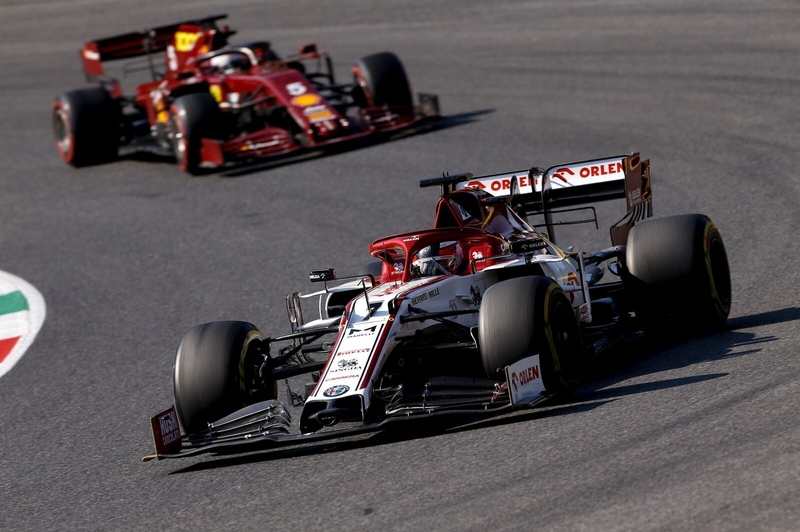 Alfa Romeo Racing ORLEN is looking to build on the team’s encouraging results from the past two races in Italy at this weekend’s Russian Grand Prix at the Sochi Autodrom.

Kimi Raikkonen picked up two points at the Tuscan Grand Prix, two weekends ago, it was the much needed boost the team needed after a tepid start to the 2020 season.

Kimi has not had much luck at Sochi in the past but the Finn is not going to let it get in the way of pushing forward for the second half of the season. He said: “I don’t have many good memories about racing in Sochi as for some reason it’s always been a fairly unlucky track for me. However, I am not someone who looks at past form too much: my focus is on having a good weekend and [to] get the most of what our car can produce.”

With three outings in Q2 out of the past four races, Raikkonen is seeking a repeat performance at Sochi, he added: “Having made it to Q2 in the last few races, we have seen we can keep up with the cars around there and fight for a place in the points so that has to be the target for this weekend as well.”

Frédéric Vasseur, Team Principal Alfa Romeo Racing ORLEN mirrored Raikkonen’s determination, adding: “We have made some obvious steps forward recently, as displayed in the last triple header, and now we have to build on those gains to keep challenging the other teams in the midfield. Executing a clean race weekend will now be crucial to maximise our potential, but we can be positive looking forward to Sochi.”

Antonio Giovinazzi is looking to put the last racing weekend behind him, after retiring early on from the Tuscan Grand Prix. Knowing his team mate has been able to achieve qualifying position in Q2, the Italian is determined to meet the same results at Sochi.

He said: “I am looking forward to returning to the car after this week off as I still feel the frustration from the last race. We have seen with Kimi that the potential to get a good result is there but I effectively only got to race for one corner in Mugello: I want to get back behind the wheel and push to get to Q2 on Saturday and into the points on race day.”

Sochi has also not favoured Giovinazzi, who also came to blows in the very early stages of the 2019 race, his only one at the Black Sea circuit. “My only racing experience in Sochi, last year, wasn’t a very lucky one,” he said. “I was squeezed into contact at lap one and had to stop for repairs: I have unfinished business here and I want to put it right this year.”

“Not an unsuccessful FP1 and FP2" - Guenther Steiner