Daniel Ricciardo: “We keep on setting the time sheets alight on Friday” 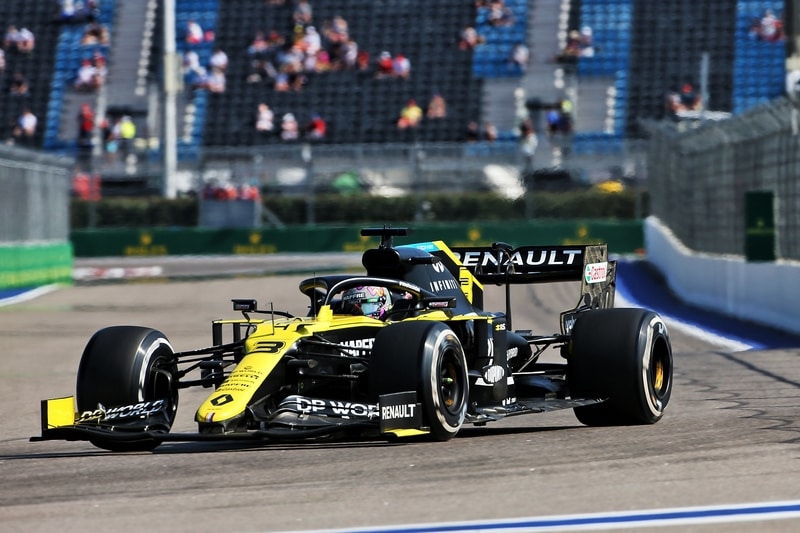 Daniel Ricciardo recorded yet another strong Friday performance. The Australian driver finished second and third in the two sessions.

In recent races, Ricciardo seems to have rejuvenated the Renault DP World F1 Team putting them well in the midfield battle mix.

Sochi Autodrom isn’t a track Ricciardo has had much fortune at previously but will hope to change that this weekend.

Ricciardo said: “We keep on setting the time sheets alight on Friday, so it’s nice to see us high up again today. It’s a circuit I’ve not had too much success or confidence on before, so it definitely gives me a boost. I learnt a lot and showed strong pace in every run.

“Looking ahead to tomorrow, I think it’ll be a lot closer especially between us and the teams that are about two to three tenths behind, so I think qualifying will be tightly contested. But I draw a lot of confidence from today and we’ll look to string it all together for the rest of the weekend.”

Esteban Ocon fell short against his team-mate yet again.

The French driver hasn’t found it easy competing against Ricciardo but has said the team tested a lot of things today and hopes they come into fruition for him tomorrow.

“I think it was a pretty decent Friday. We tested a lot of things that now we have to put together tomorrow, so I think we’re in a good position. We didn’t quite find the sweet spot with the car so there’s more to come from us. We can see the performance is there.” Ocon said.

“That’s positive and up to us now to do the magic tomorrow. There’s not one sector that stands out as all the corners here are quite similar and we’re looking consistent. We know what to do tomorrow.”

Ciaron Pilbeam, Chief Race Engineer, is hoping to get both cars in a good position come tomorrows qualifying.

Pilbeam said: “It was a good day here in Sochi. The morning session was a bit disrupted with the red flag stoppage and a couple of yellow flags, but the afternoon session was clear, and we got through everything we had planned to do. Our pace looks okay on both short runs and long runs and we’ll remain realistic for tomorrow and Sunday.

We’ll do our usual Friday evening homework and come back tomorrow looking to put both cars in a good position on the grid. We’ve tried a few things on set-up on both cars and we’ll aim to put together the best bits we’ve learnt today onto tomorrow’s set-up.”