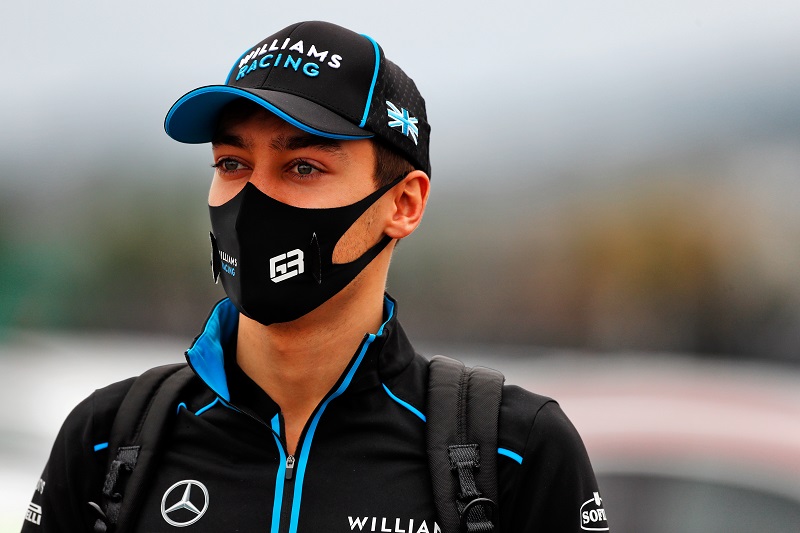 Toto Wolff says there are no guarantees that George Russell will switch to the Mercedes AMG Petronas Formula One Team in 2022, despite the Briton being continually earmarked as the German marque’s next superstar driver.

Russell will continue with Williams Racing in 2021, the final year of his three-year contract with the Grove-based outfit, with the twenty-two-year-old former GP3 Series and FIA Formula 2 champion also having remained a protégé of Mercedes-Benz at the same time.

Wolff, the Head of Mercedes-Benz Motorsport and the Team Principal of the Mercedes Formula 1 team, says Russell will need to show he deserves a 2022 seat during the 2021 season, although the current line-up of Lewis Hamilton and Valtteri Bottas will have priority if they continue to perform at a high level next season.

“Well it all depends how next season goes,” Wolff said to Sky F1.  “Also, in our team our loyalty is highest for the guys in the car because we owe it to them to give them every opportunity.

“But then obviously George is pretty highly rated for the future.”

After Russell crashed out of the Emilia Romagna Grand Prix whilst running inside the top ten and potentially on course for his first points finish of his Formula 1 career, the Briton was very hard on himself post-race, calling the mistake the “biggest mistake I’ve ever made in my career”.

However, Wolff says all the best drivers have always been brutal when it comes to assessing themselves, so for Russell to say what he said about himself was not such a bad thing to do.

“He has one of those personality traits that he’s brutal in assessing himself,” said Wolff.  “I think this is what the great ones have shown, that they are able to go with that.”

By Paul Hensby
1 Mins read
Jack Aitken and Roy Nissany will participate in the Young Driver test in Abu Dhabi next month for Williams Racing.