Racing Point Have ‘A Little Edge’ Over Renault, McLaren in Battle for Third – Ricciardo 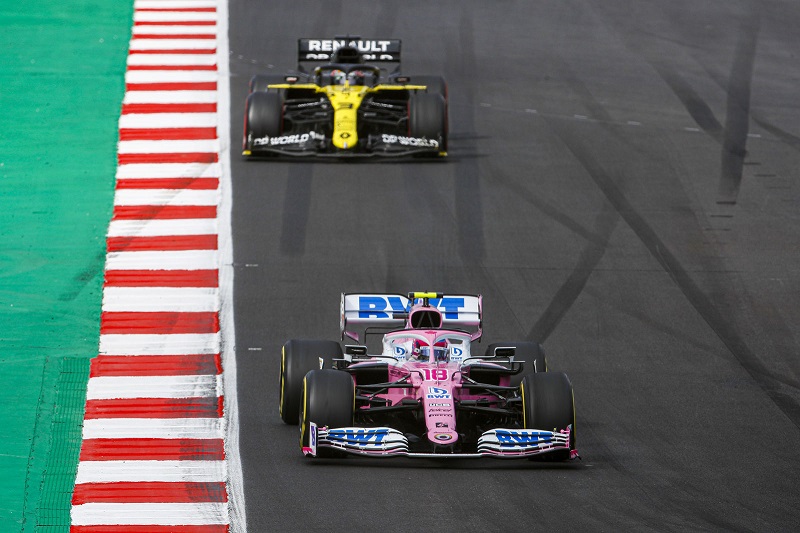 Daniel Ricciardo feels the BWT Racing Point Formula One Team are still the fastest of the three teams challenging for third place in the Constructors’ Championship in 2020, but he will be doing everything he can to attempt to deny the Silverstone-based team that position across the final four races.

The Renault DP World F1 Team racer has driven superbly throughout 2020 and has been rewarded with two podium finishes in the past three races, having taken third in both the Eifel and Emilia Romagna Grand Prix.

However, he feels that Racing Point still have the edge in pace as they, Renault and the McLaren F1 Team fight for third place, with only one point separating the trio heading into the final four races of the season, starting with next weekend’s Turkish Grand Prix.

“I think, particularly the start of the year, it looked like Racing Point [were fastest],” Ricciardo is quoted as saying by GPFans.com.  “There was no denying that. I still feel they probably produce the most downforce out of us three. When it comes to pure grip performance, they probably got a little edge.

That’s not always everything. It’s certainly looked that way earlier-on. I think our development’s helped us and I’m sure we’re very close now but probably raw performance, I’d probably still say they have an edge.”

Ricciardo’s thoughts are echoed by those of Renault’s Sporting Director, Alan Permane, who highlighted Sergio Pérez’s performance in the recent Portuguese Grand Prix where he charged through the field to be running inside the top five after facing the wrong way on lap one after a clash with Max Verstappen.

However, he feels the amount of Racing Point’s advantage is dependent on the track time, so that is why Renault have been able to capitalise on any mistakes to take the podium finishes at the Nürburgring and Imola.

“Unfortunately, their car is the quickest of the three,” said Permane. “If you look at Checo in Portimão, when he came back through the field, his pace was just incredible. Had he not gone off he would’ve been a long way up.

“But having said that, in Nürburgring, we beat them and I don’t want to say easily but I think if we hadn’t slightly messed up our strategy when we were trying to take advantage of the virtual safety car and stopped Daniel really early.

“If we would’ve gone on long, he would’ve breezed it. I think it’s a little bit circuit-dependant. I think a comment Daniel made a couple of weeks ago, it comes down to reliability. That is also key to it and we got to get both cars in the points every week.”