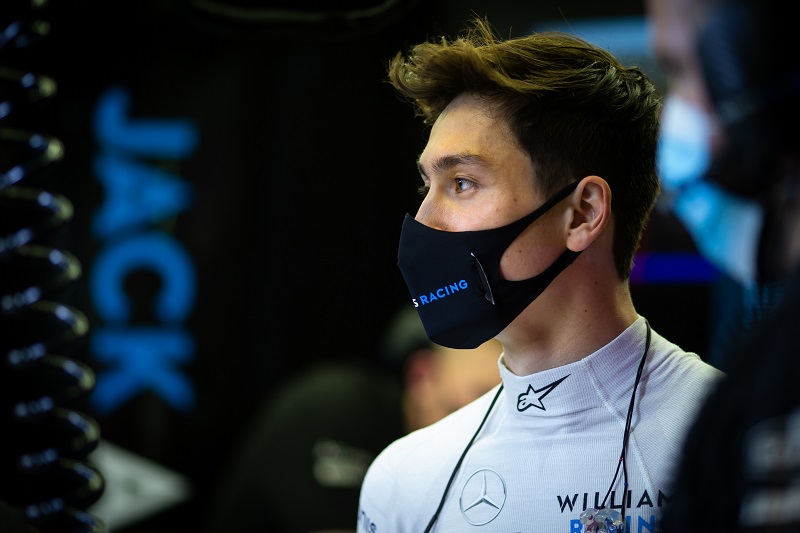 Jack Aitken says he will only return to the FIA Formula 2 championship in 2021 if it is with a team that can give him a shot at the title, with the Anglo-Korean driver aiming for an increased role with Williams Racing.

Aitken stayed with Campos Racing in 2020 but struggled for performance compared to 2019, with only two podium finishes on his way to fourteenth in the standings.  This was not helped by the pre-season departure of engineer Jan Sumann to Hitech Grand Prix.

“We’re looking at a lot of options and I’ve sort of spent enough time in F2 to learn what I need to learn in that series,” said Aitken to Crash.net.  “It is a shame that I couldn’t have capitalised this year a bit more and had a good result but I think my performances have been very good.

“If I was to come back, then I’d only want to do so with a view to winning the championship.”

The twenty-five-year-old also spent 2020 as a test driver for Williams, with his debut free practice outing coming in the Styrian Grand Prix, although his highlight with the team will be his race debut in the Sakhir Grand Prix as a replacement for Mercedes AMG Petronas Formula One Team-bound George Russell.

Aitken performed admirably throughout the weekend, getting up to speed quickly to qualify eighteenth, ahead of Kimi Räikkönen and Pietro Fittipaldi, and his only real mistake came on race day when he lost control exiting the final turn and spun into the barrier and breaking his front wing.

The subsequent safety car undid the race of Russell up front, but it allowed Aitken to be racy with his rivals until the chequered flag, ultimately finishing just behind Kevin Magnussen but again ahead of fellow debutant Fittipaldi.

“I’ve had a great year with Williams and obviously we are having conversations as well, but again, not in a position to announce anything just yet,” said Aitken.

“I would think that it’s been a really good year, Bahrain was obviously a highlight, but doing my first FP1 with the team as well was something quite special. Overall we’ve had a good year together so I’m thankful for that.”

Aitken still feels it was the right time to move on from his test driver role with the Renault DP World F1 Team ahead of the 2020 season to join Williams, and he feels the British team has given him opportunities he would not have had with the French marque.

“I felt it was the right time to move on and there were opportunities at Williams that there weren’t at Renault,” insisted Aitken.  “I think being reserve driver was clearly something I wanted to achieve and to get in the F1 practices as well.

“Williams have shown a lot of faith by putting me in the car and they’ve been nothing but supportive since I got here. It’s been a great experience and I’m just as happy now as I was at the start of year.”

By Ashley Hambly
2 Mins read
Théo Pourchaire and Jüri Vips expressed their joy over the switch back to the two-race weekend format for the 2022 FIA Formula 2 championship.
Formula 1Formula 2

By Nick Golding
1 Mins read
Pirelli’s Mario Isola was very impressed by how well the tyres held-up at the Miami International Autodrome, where Max Verstappen claimed his third-win of the season.