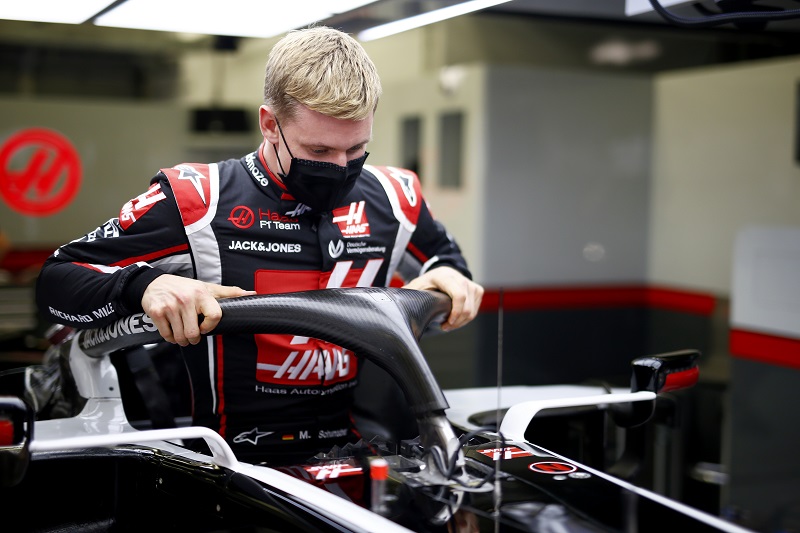 Mick Schumacher will finally make his free practice debut this weekend at the Yas Marina Circuit, with the 2020 FIA Formula 2 Champion taking over Kevin Magnussen’s car for the opening session of the Abu Dhabi Grand Prix.

Schumacher clinched the Formula 2 title last weekend, coming out on top of a titanic battle against fellow Ferrari Driver Academy star Callum Ilott, and he will join his 2021 employers at the Haas F1 Team for the first time on Friday.

“Coming from a weekend like the last one, there’s only very few things to imagine which could be better than winning a championship – but then, having a weekend ahead, being a proper part of a F1 team and getting to drive the FP1 would probably count,” said Schumacher.

“I’m still really excited having won the F2 championship, and that excitement doesn’t stop knowing I’ll be with Haas F1 Team next year, and that I’ll be driving for them for the first time on Friday.

The twenty-one-year-old says he is looking forward to getting to know the team ahead of his full-time promotion into Formula 1 next season, where he will race alongside fellow Formula 2 graduate Nikita Mazepin.

He hopes the weather gods are on his side this weekend after missing out on a free practice opportunity in the Eifel Grand Prix and he cannot wait to finally taste Formula 1 machinery on a Grand Prix weekend for the first time.

“I’m looking forward to getting to know all of them, getting to understand how they approach and undergo a race weekend and starting this journey together with Haas F1 Team here in Abu Dhabi,” said Schumacher. “I will soak in everything I can to the maximum, taking this weekend as a preparation for the experience to come next year.

“The good thing is that I don’t have to be concerned about the weather this time, so I am confident I will go out during FP1, and I am very much looking forward to sharing the track with such great drivers.”

By Jasmine Butler
5 Mins read
In the first triple-header of the season, we head back to France, a race that was also missed off the 2020 F1 calendar.
Formula 1

"It's looking very close at the front" - Toto Wolff

By Nick Golding
2 Mins read
Mercedes move into the French Grand Prix relieved to be moving away from the streets and back to one of their most dominant circuits, Hamilton has won both races at Circuit Paul Ricard since it returned to the calendar in 2018, a third win would do very nicely for the world champion.
Formula 1

By Nick Golding
2 Mins read
Red Bull go into the triple header full of confidence despite Verstappen’s drama at Azerbaijan. The Dutchman still heads the Drivers’ Championship, with the team doing likewise in the Constructors’ battle.