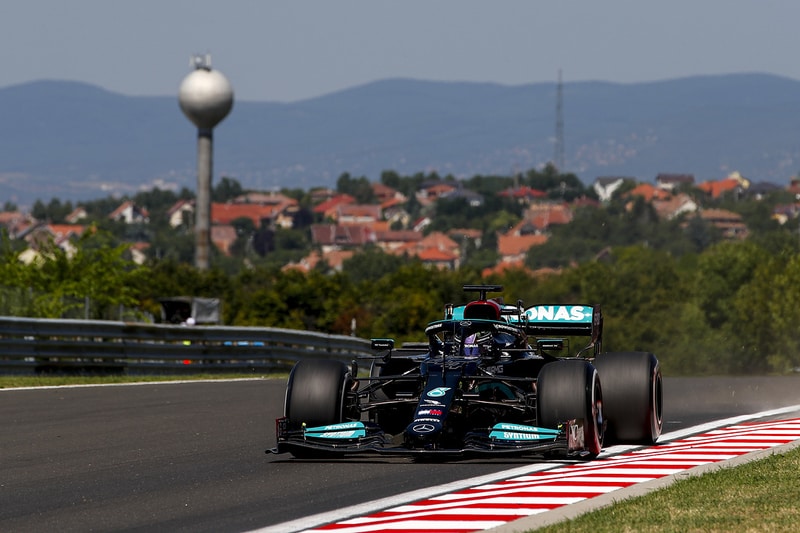 Valtteri Bottas finished on top of the time charts at the 2021 Hungarian Grand Prix at the Hungaroring in Hungary in the second free practice session (FP2).

Bottas soon went under the 1m19s lap time with a 1m18.376s lap. Verstappen slotted into second position behind Bottas. But Hamilton on his second run on the medium compound tyres moved to the top of the time charts with a lap time of 1m18.140s.

With 45 minutes to go, drivers started bolting on the soft compound tyres to start the qualification simulation runs. Sebastian Vettel with a good lap went second on the time charts.

Team-mate Lance Stroll slotted into fourth position on his run. Pierre Gasly after a wretched weekend in Silverstone seemed to be in better form this weekend as he went to the top of the time charts.

Bottas on his flying lap was again in first position with Hamilton a mere 0.027 seconds slower in second position. Verstappen could slot into third position only even as he complained about the balance of the car.

With 20 minutes to go, all the drivers started their race simulation. Yuki Tsunoda who was in the garage as his car underwent repairs came out in the dying minutes of the session to set a timed lap.

So the session ended with the two Mercedes drivers on top of the time charts. Verstappen and team-mate Sergio Pérez were split by Esteban Ocon who was in a surprising fourth position on the time charts.

Team-mate Fernando Alonso was in seventh position on a good day for the Alpine F1 team. Gasly was in sixth position even as team-mate Tsunoda languished in seventeenth position.

Vettel and Stroll were in eighth and tenth position for the Aston Martin Cognizant Formula One Team. Lando Norris was in ninth position, but team-mate Daniel Ricciardo could manage only thirteenth position.

The two Scuderia Ferrari drivers Leclerc and Sainz were in eleventh and twelfth positions respectively. Kimi Räikkönen and Antonio Giovinazzi were in fourteenth and nineteenth position for the Alfa Romeo Racing ORLEN team.

George Russell was ahead of his team-mate Nicholas Latifi in fifteenth position. Mick Schumacher finished in eighteenth position even as Nikita Mazepin languished in last place for the Uralkali Haas F1 Team.

The teams struggled to come to terms with the hot conditions and the low grip track. With showers predicted for Saturday, the teams will hope for cooler conditions.