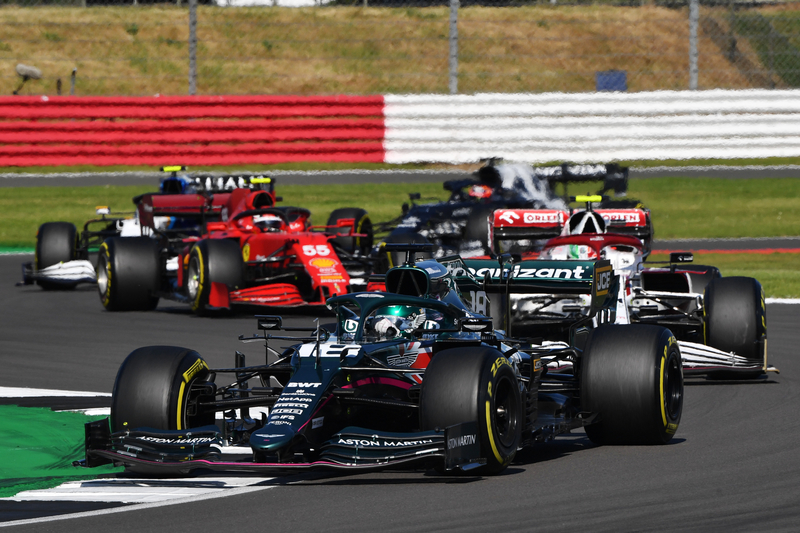 After starting in a disappointing fourteenth place, Aston Martin Cognizant Formula One Team driver Lance Stroll more than made up for a poor Saturday, with an excellent race on Sunday to come away from Silverstone with four points after finishing eighth. Team-mate Sebastian Vettel didn’t finish.

The Canadian driver made the most of two race starts, after the race was red flagged on the opening lap after Max Verstappen’s huge impact with the Copse tyre wall. Stroll made up brilliant ground during the first and second race starts, elevating himself quickly into the points. Had it not been for some valiant defending by veteran Fernando Alonso, Stroll could have very easily finished seventh.

Nevertheless it was a superb drive by Stroll, who was the only Aston Martin driver to finish in the points at the team’s home race, Stroll was very happy with his race.

“I am really happy with my race because we were able to turn around a tricky start to the weekend by finishing in P8 and scoring four points. We have been working to find the right car balance and we had a breakthrough today, which is a great credit to the team and all the effort everyone has put in. The key to the race was making two strong starts either side of the red flag, where we gained several places each time.

“The strategies were quite similar for the whole grid, making overtaking more tricky, but those starts set us up for a good race. The new format has been a challenge for everyone this weekend, but I think there are positives and we can learn how to maximise the other events with Sprints.”

“I should have finished well inside the points” – Sebastian Vettel

It was a disappointing grand prix for four-time world champion Sebastian Vettel, the experienced German retired on lap forty after his car began to suffer from cooling issues.

Vettel had made an excellent start to the race and was in a great fight on the opening laps with Alonso, however coming out of Luffield, Vettel put the power down too early and span off the circuit almost going down the old pit-lane.

This dropped Vettel to the back end of the grid where from then on he failed to make any significant ground before retiring. All in all a frustrating way for Vettel to end the team’s home grand prix.

“The weekend was looking promising and, without all the problems, I should have finished well inside the points. I am very disappointed to lose the car in a wheel-to-wheel battle with Fernando [Alonso]. I am not sure exactly what happened, but I misjudged it, lost grip, and spun. After that, I was right at the back. In the end we did not finish the race because the team retired the car with a cooling issue.”