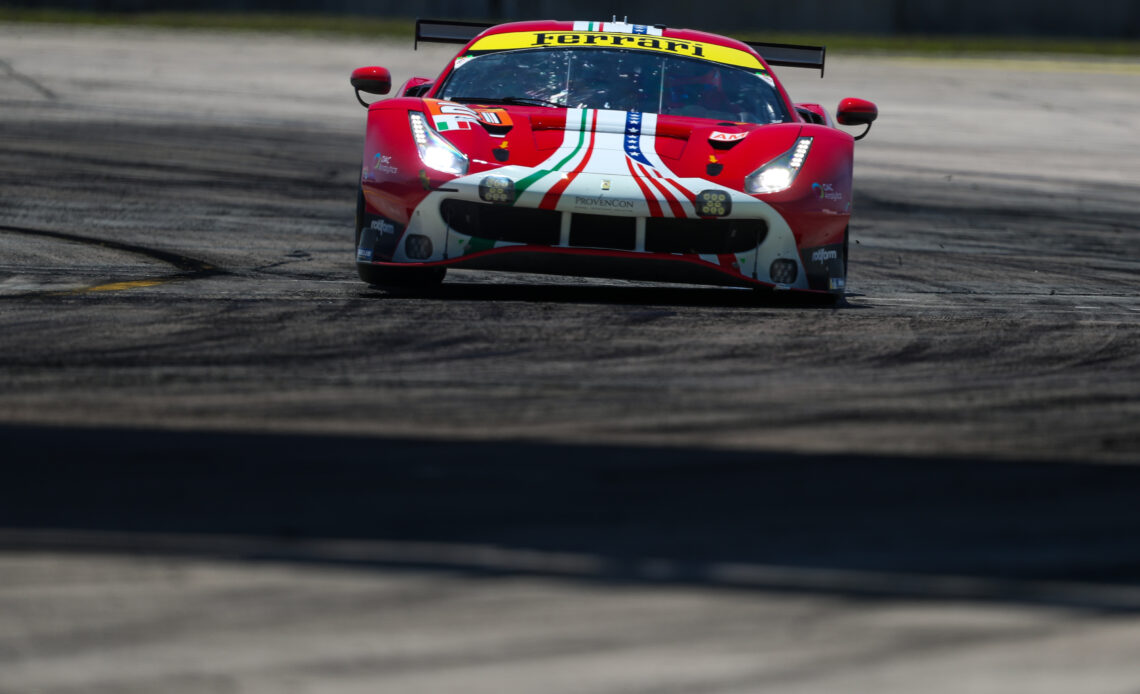 The Ferrari-running GTE entries are expecting another difficult race at the FIA World Endurance Championship 6 Hours of Spa-Francorchamps after they have received no Balance of Performance (BoP) change off the back of the 1,000 Miles of Sebring.

At the opening race of the season, the Ferrari GTEs were noticeably down on power with the Pro entries struggling to outpace the fastest Ams. The class-winning Am entry, Northwest Aston Martin Racing, split the two AF Corse in the final overall clarification. It had been hoped Ferrari would be handed a BoP break for the 6 Hours of Spa, but due to the automated system needing two races to process data, the first change will be seen at the 6 Hours of Monza (as the 24 Hours of Le Mans has its own BoP system).

No one from the team was available to talk on the lack of BoP changes and anything that can be done to compensate the lack of pace, but it is summised the Ferrari runners will lose 1.2s per lap on their GTE competitors. The rain would be the only variant that may help Ferrari with the pace of their competitors being reduced, but predicted rain fall may also be an Achilles heel for the Italian outfit as that will alter the maximum outputs allowed (in the Hypercar class, a wet track reduces top speeds by around 50mph).

With first practice in just under an hour’s time, it will be seen if indeed Ferrari’s predictions are correct and they’re in for another difficult race, or if the pace is not as bad as they first assumed. The indications coming from the team, however, is it’ll be a hard fight to get a Ferrari up on either GTE podium.