Thompson, a two-time British and European champion, will race for the Volvo Polestar Green Racing team in the 2011 Scandinavian Touring Car Championship – formed as a merger of the Swedish and Danish national series. Thompson has already competed in the Danish championship over the past two years for the Hartmann Honda team. 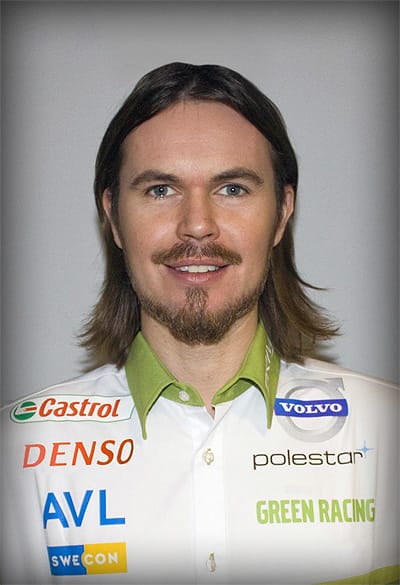 Thompson's duties will extend beyond his participation in the STCC. “First and foremost, James' job will be to fight for both STCC titles for Volvo and Polestar,” said Volvo's Executive Director for Motorsport, Derek Crabb. “In addition, James will also be vital in Polestar’s job of evaluating World Touring Car Championship for us in 2011. Finally, James will also be a part of Volvo’s road car chassis dynamics development team together with Polestar WTCC driver Robert Dahlgren.”

Polestar and Dahlgren will compete in the 2011 World Touring Car Championship as a one-car entry, with the purpose of evaluating a full entry for Volvo from 2012 onwards. Thompson will join the team this week for testing at Barcelona.

“I am absolutely delighted,” said Thompson. “Volvo and Polestar has presented a very clear step-by step plan with a long term potential. Above all, there is a fantastic confidence and a lot of energy here. Last week during my first official visit to Polestar and Volvo, I had a road car prototype test on the agenda the same day. Now it’s off to Spain for race car testing. I am really happy to be a part of this with Volvo and Polestar.”

Thomas Andersson, Managing Director for Volvo Cars Sweden said: “We are very happy to welcome James Thompson to Volvo and Polestar. With his track record he should feel right at home with us. Volvo is the market leader in Sweden and our team Polestar has claimed four out of five possible titles here in the past two seasons.”