Seb Morris enjoyed a perfect start to the second half of his 2011 Ginetta Junior Championship season, taking two more hard-fought victories in Rounds Eleven and Twelve around the Snetterton 300 circuit, boosting his championship lead to a huge 120 points.

Qualifying saw Morris take second on the grid for the opening race, just 0.1 seconds off pole, while his second best lap put him on pole position for race two. The Liberty Properties and Legat Owen-backed driver got a good start and managed to snatch the lead at the fourth corner, Agostini. The Hillspeed driver was demoted to second later in the lap, but he regained the lead at Montreal on lap two. From that point on the 15 year old controlled the race and came home to take the victory.

Another solid getaway saw Morris lead into the first corner in the second race, but he was passed at Montreal to fall into second. The Marford-based racer retook the lead on lap two, but on lap four he was pushed wide, slipping to fourth. Seb fought back though and got into third before the final lap, on which he benefitted from contact ahead to slip into first with three corners to go, coming home for his ninth win of the year. It marked the fourth time this season Morris has taken a double win on a race weekend.

The King's School, Chester pupil said: “It's been a really satisfying weekend. Both races were really tough and we had to fight hard but to take two wins on the new track at Snetterton is fantastic. Jonathan Palmer and MSV (MotorSport Vision) have done such a good job with this circuit – I really like it.

“I'd pretty much settled for third place in race two but then the opportunity was there to take the lead so I did. Croft was a really disappointing weekend in terms of the points score, although I did enjoy the races, so it's been good to come here, start the second half of the season with two more wins and build the championship lead even further.” 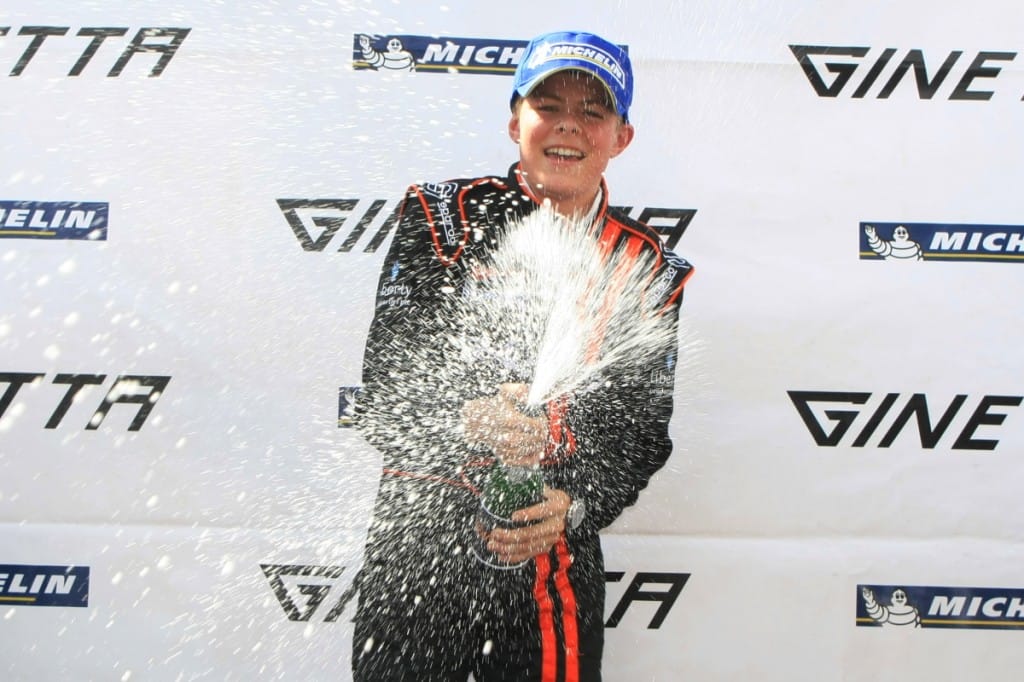