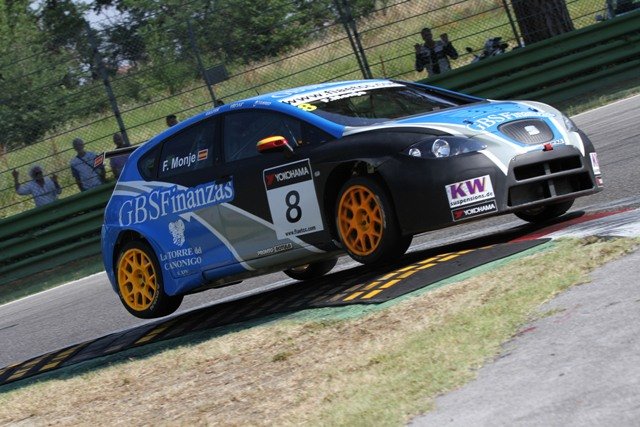 The World Touring Car Championship will have a newly-crowned European champion on the grid for the upcoming overseas events, after Fernando Monje secured the European Touring Car Cup title at Imola last weekend.

The 19-year-old Spanish former F3 driver was the class of the field over the four-weekend campaign in his SEAT Leon TDI run by Sunred Engineering.

He started by winning both races at Monza, and although he had a tough weekend at the Slovakiaring he won the remaining races at the Salzburgring and Imola to cruise to the Super 2000 title.

“I'm obviously over the moon,” Monje said. “I couldn't ask for more from this weekend at Imola.

“Everything went in a perfect way from the beginning. We have been very cautious in checking the tyre wear, because we knew that with these hot temperatures we might have problems in the final part of the race.

“I was able to keep a fast pace in both races and this enabled me to take the lead halfway through the second one, despite starting from eighth on the reverse grid.”

After racing in the WTCC round on home soil at Valencia earlier in the season, Monje will now return for the overseas rounds that end the season in a SEAT Leon powered by the Spanish manufacturer's 1.6 turbocharged engine.