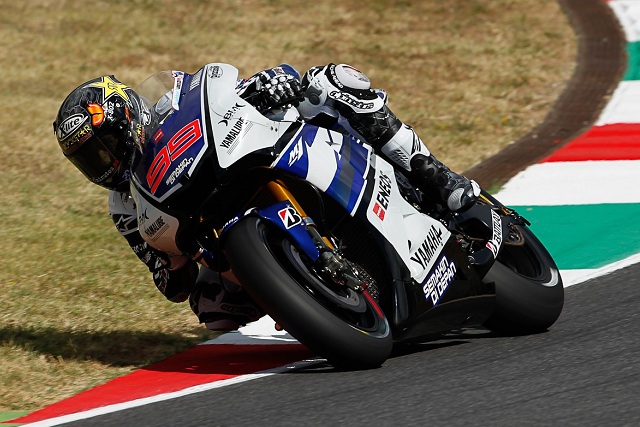 Jorge Lorenzo had very few complaints after the first day's running at Mugello as he topped the timesheets in both practice sessions. The championship leader was particularly impressive with his consistency during his race simulation and says the Yamaha YZR-M1 is working well.

“I'm really happy because from the beginning we've been quite fast. We haven't had to make many changes to the bike, the feeling is great with the track and it's working well. I feel good with the suspension, throttle and braking. Everything seems quite clear, we have to work on some small details but we've made an excellent beginning.”

Teammate Ben Spies has a little more work to do after ending the day in seventh place. The American was four tenths off the pace of Lorenzo and admits he handicapped himself with a poor set-up choice in the afternoon.

“It wasn't a bad day, nice and hot. The first session was ok, then the second session we tried a couple of different bike settings and wasted a bit of the time finding something that didn't work. We went back to the setting we know that works and had it going pretty well by the time the tyres were pretty used. I'm happy we were doing the times we were with race distance on the tyres and we know we can make the bike better for tomorrow. We need to be a bit closer to the front but the bike's working well so we just need to make some fine adjustments.”