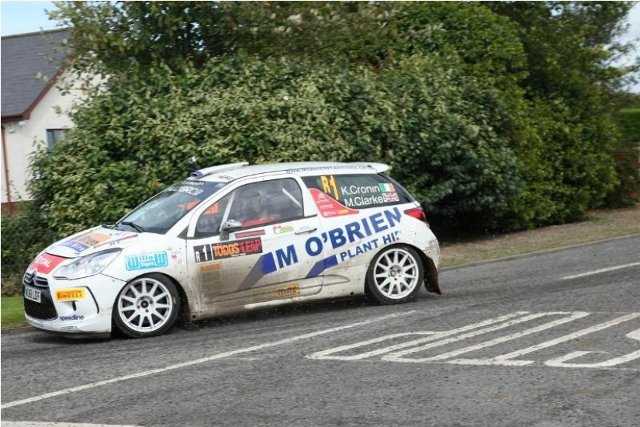 The scene is set for a spectacular championship showdown this weekend as four drivers head to the season-ending International Rally Yorkshire with a chance of leaving as the 2012 MSA British Rally Champion.

The first season of the new two-wheel-drive only regulations has produced one of the closest BRC seasons in recent memory, with Keith Cronin, Tom Cave, Osian Pryce and Jonny Greer heading into the final round with a chance of championship glory.

2009 and 2010 champion Cronin is the favourite heading into the weekend. With driver’s able to drop the worst of their seasons’ six scores and with 50% more points on offer for the final round, the Irishman will need to finish just eighth or higher to secure his third BRC title, and with it become only the fourth driver after Jimmy McRae, Roger Clark and Mark Higgins to take a hat-trick of titles.

Cronin would have faced five different challengers for the title, but two have decided to sit out the meeting.

Newly-crowned R2 champion Elfyn Evans is missing the final round, despite currently tying with Cronin at the top of drivers’ standings, as he also currently leads the WRC Academy championship and has decided to focus on challenging for the world title, with the next round in France shortly after the Yorkshire event.

The other driver to sit out is Rallye Sunseeker winner Mark Donnelly, who sits sixth in the points and had a very outside chance of securing the crown in his Renault Clio R3.

Evans’ withdrawal means Cronin’s main challenge will be coming from Welshman Cave. The Bulldog winner is just four points behind Cronin, while with thirty points up for grabs in the Yorkshire forests, Welshman Pryce and Northern Irishman Greer can both still take the title, but both will be requiring Cronin and Cave to falter to steal the crown.

While the destination of the driver’s title is unknown, what is certain though is that the champion will be driving a Citroen DS3, with all four of the remaining protagonists being armed with the French machinery for their battle in the forests across the North Yorkshire Moors.

The smart money will go with Cronin, the former double champion is looking unstoppable in his DS3, with three wins in the last three rounds. As the BRC has shown in the past though, anything can happen and the identity of the 2012 British Rally Champion won’t be assured until the end of the final stage.