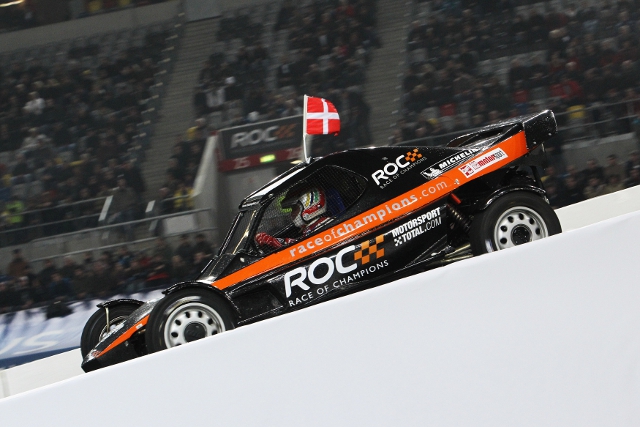 Andy Priaulx and Tom Kristensen have added their names to the list of racing stars travelling to Bangkok for the Thai city’s first hosting of the Race of Champions (December 14-16).

Both men bring with them a vast number of titles – Kristensen has eighth overall victories at the 24 Hours of Le Mans, Priaulx a triple World Touring Car champion.

The Dane also has an impressive pedigree in the Race of Champions, with his 2012 entry maintaining a record of appearing in every ROC event since 2001, including making both the Nations’ Cup and and individual ROC finals last year in Dusseldorf.

“It was a great experience to make it to both finals last year,” said Kristensen. “But the Race Of Champions is always fun anyway. When you arrive, you can tell that very passionate people put on this event. We see people from all types of motor sport, there’s a great camaraderie and then we put on our helmets and race all these different cars, which is always a great challenge. There is no better way to end the season.”

Kristensen spent the 2012 on familiar territory – racing for Audi Motorsport in the FIA World Endurance Championship – Priaulx was part of BMW’s return to the DTM grid, the series a new challenge for the Channel Islander after his successes in S2000-spec Touring Cars.

Priaulx will join with Scot David Coulthard in the British team for the Nations’ Cup, trying to improve on his runner-up spots in the team competition from both 2009 and 2010. On both occasions Priaulx and his partner lost to Michael Schumacher and Sebastian Vettel’s Team Germany and he and Coulthard will once again face the German pairing in 2012, both men already confirmed at the event to defend their title.

“I always enjoy the Race Of Champions,” enthused Priaulx. “The atmosphere in the stadium is special and I’m looking forward to hearing the noise at the latest venue in Bangkok. I’ve already been runner-up a few times in the ROC Nations Cup, so I hope DC and I can go one better at last. But we know that is a big task with such a range of legends in the field. It’s always very intense and everyone knows how to race and win.”

Formula 1Off RoadRace of Champions

By Justin Nguyen
2 Mins read
Could off-road be in the future for the pavement-savvy Sebastian Vettel? After making the final in this past weekend’s snow/ice-filled Race of Champions, his interest is piqued.
Race of Champions

By Justin Nguyen
2 Mins read
In a battle of the Sebs, Sébastien Loeb defeated Sebastian Vettel in the final to win the Race of Champions. He is the Champion of Champions for the fourth time, tied with Didier Auriol for the most all time.
Race of Champions