Asian Stars Kick Off Race Of Champions Festivities In Thailand 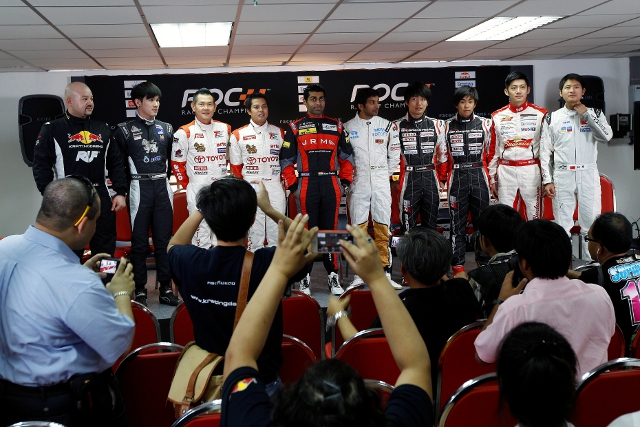 The Friday action will start with a four driver shootout between Thai drivers to find out who will represent the home country for the weekend. Sak ‘Kiki’ Nana, Tin Sritrai, Nattavude Charoensukawattana and Nattapon Horthongkum will race each other around the Rajamangala Stadium track in a round-robin group stage before the top two progressing to a final.

“I’m really proud to have the Race Of Champions in Thailand and all four of us in ROC Thailand are very proud to be representing our country,” said ‘Kiki’. “We don’t have much experience in the Race Of Champions way of driving, especially with all the different cars. So that will be brand new for us and I don’t want to say too much yet as I’m still a bit nervous. But we’ll push hard, do our best and see what happens.”

The home nation drivers are guaranteed their places in the Saturday and Sunday events. However a second nation will join them in qualifying from the ROC Asia.

Team India is represented by the country’s pair of F1 drivers, Karun Chandhok and Narain Karthikeyan.

“It’s really nice to be in Thailand for the Race Of Champions,” said Karthikeyan. “This is the first time that Karun and I have competed at a ROC event and it looks very interesting. To represent your country is always very good and Thailand is not too far away for us. I’m glad we got the invitation and we’ll try to do the best we can. Seeing the videos, it’s going to be the people who make the least mistakes who succeed, so you have to drive very precisely. There’s no margin for error.”

They will face Team China, comprised of Ho–Pin Tung and Han Han, the same pairing that flew the flag for the country when the Race of Champions took place in Beijing’s Bird’s Nest Stadium in 2009. Toyota Team Japan Gazoo complete the line-up with Kazuya Oshima and Takuto Iguchi – two of the country’s rising racing stars and half of the team that won their class at May’s Nurburgring 24 Hours.

Race of Champions Returns in 2022 with Arctic Event

By Connor Jackson
2 Mins read
It was a Mexican domination at the Race of Champions, with three of the last four drivers all from the host nation.