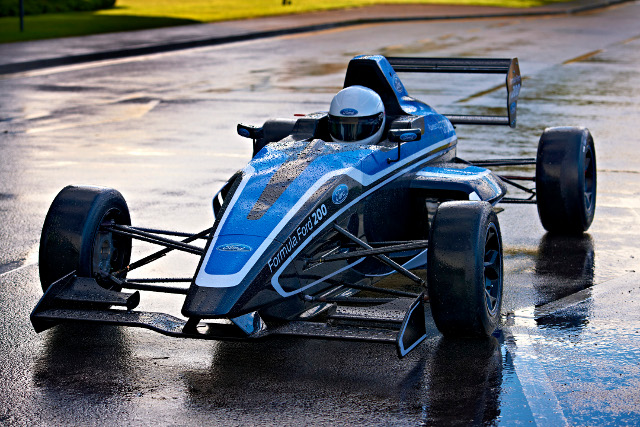 In an encouraging sign for the 2013 season organiser of the MSA Formula Ford Championship of Great Britain have announced that a ‘sampler day’ on December 15 at Silverstone’s Stowe Circuit has been completely filled with nearly a fortnight to spare.

The day will allow drivers to get a chance to drive the 2013 Formula Ford EcoBoost 200 car, newly equipped with front a rear wings a change made to make the junior category more attractive to drivers wanting to quickly learn about the effect of aerodynamics.

“Drivers and teams have made it very clear that today’s marketplace requires a car with a high-output engine, slick tyres and aero wings,” said Ford Racing motorsport manager Mike Norton. “Our teams are an integral part of the championship and we work together to make our championship a success, which is in part why Formula Ford is approaching its 47th consecutive year in the UK.”

Potentially also attractive to young drivers is a switch to the TOCA package supporting the British Touring Car Championship, series promoters believing the 30-race calendar planned for Formula Ford’s return to the TOCA fold is the largest number for any junior single-seater championship, with unlimited testing allowing for further seat time as drivers aim to move up the racing ladder. On the TOCA package the series will also benefit from the live TV coverage lavished on the ten-weekend BTCC circus.

The alterations seemed to have worked, organisers of the sampler day having to begin to compile a reserve list for the tests.

“We have been greatly encouraged by the amount of interest shown in the new Formula Ford for 2013,” said Sam Roach, of championship promoter RacingLine, “particularly since we fixed the date for the Silverstone Sampler Day, which will offer drivers the first opportunity to try the car with its front and rear aerodynamic wings and power-boosted 1.6-litre turbocharged EcoBoost engine.”

“There are drivers from previous seasons keen to try the new car, drivers fresh from karting and other junior motorsport series and, most encouragingly, new teams looking at contesting Formula Ford.”