Russell Ingall Signs Up For 18th And Final Full-Time Season 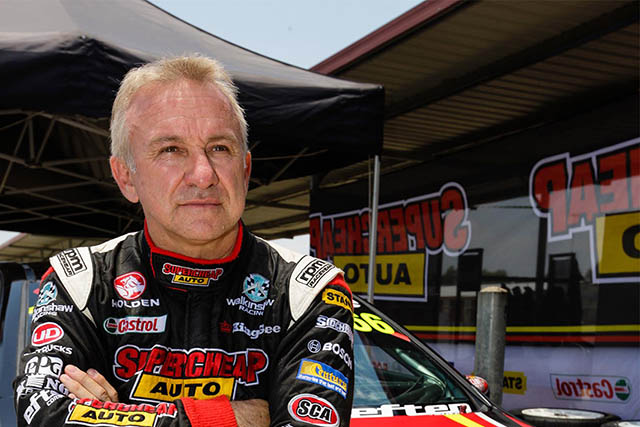 Russell Ingall has announced his decision to retire at the end of the 2013 V8 Supercars season, but not before having one last shot at the title.

Ingall’s last full-time season coincides with the first year in a new era for the series and the 47-year old believes that the the introduction of the Car Of The Future (COTF) chassis will allow him to have one last shot at another title and bow out on his own terms.

“All good things must come to an end, and the introduction of Car Of The Future gives me the opportunity to go out the way I have always wanted – on my terms,” Ingall said.

“COTF is a whole new ballgame for V8s and it will open up the competition – you won’t see the domination by just two teams like we’ve seen this year.

“Experience and a cool head will count for a lot and I’ve got both those on my side.”

Ingall’s decision to remain in the sport for one final year will also see him become the most capped driver in Australian Touring Car/ V8 Supercars championship history when he makes his 226th event start (scheduled for Townsville in July), surpassing current record-holder, John Bowe.

“The era that I’ve been through with Brock, Johnson, Perkins, Bowe, all the real greats of the sport, through to today’s champions like Lowndes, Ambrose, Tander, Courtney and Whincup – I’ve had the best of both worlds and I wouldn’t swap it for anything,” said Ingall.

“It’s fantastic to have been in V8s for so long, almost since its inception. More importantly, I’m very proud that I am still competitive.”

“I can hold my head up high and say that if I wasn’t competitive, and I didn’t believe I could win races, I wouldn’t still be driving.”

The 2013 season will cap off a career that has seen Ingall, known to his fans as “The Enforcer”, win two Bathurst 1000 races in 1995 and 1997, as well as the V8 Supercars Championship in 2005, after finishing runner-up in series points four times.

In his 17 full-time V8 Supercars seasons, Ingall has earned a remarkable 13 top-ten points finishes, while he has 15 top-ten finishes in the Bathurst 1000, including ninth this year.