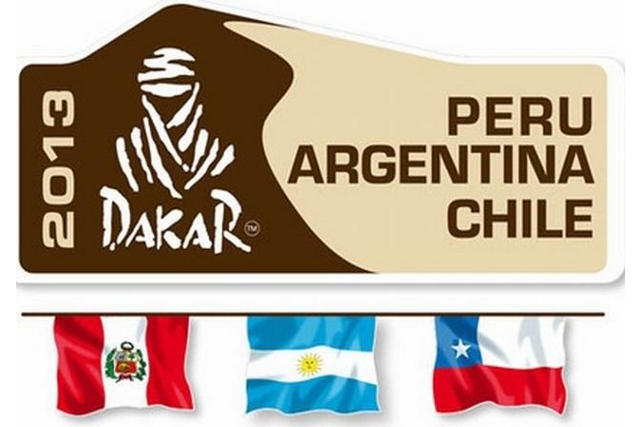 After enduring their longest day in terms of kilometres yesterday, the competitors of this year’s Dakar rally moved on to only a slightly less arduous route today. The action was made up of a 38km connecting stage, before then tackling a 353km long timed special stage.

Bikes: Barreda Bort takes the stage, but Despres is the real winner

Joan Barreda Bort returned to the top of the time sheets today, but Cyril Despres was the real winner after the Frenchman took the overall lead back in the standings after another strong performance today.

Despres got off to a flying start, and had already built up a big advantage by the first checkpoint, 64km into the stage. He held a 42 second lead over Barreda Bort with Ivan Jakes completing the top three. At this stage, overall leader Ruben Faria held fifth place.

Barreda Bort would soon start closing that gap down though as things went on, and after 132km, Despres and Barreda Bort were virtually neck and neck, with the latter taking the lead with a slight advantage of just nine second. Paulo Goncalves was also having a strong ride in third place, just thirteen seconds off the pace of the Portuguese rider.

The leader would extend his advantage after the next checkpoint, 164km, but only slightly. Despres remained a second behind, with a small gap opening behind. Goncalves was now a minute and fourteen seconds behind, with Faria rounding out the provisional top eight, three minutes and 51 in arrears.

From there on in, Barreda Bort rode to a comfortable pace, with Despres not looking like he would ever mount a real serious challenge. He would therefore post the fastest time of the day, one minute and fifteen seconds faster than Despres, whilst Goncalves maintained third, ending the day two minutes and 44 seconds off the pace.

“It’s a fairly quick for a cruising pace, more like a speed boat. With a motivated Joan Barreda on my tail, you can’t slow down. I managed to keep the pace. The bike again worked well and suffered less than yesterday. It’s always nice to speed along over 360 kilometres without scaring myself. I’m in good form. The selective side is what makes the Dakar different and stand out in comparison to all the other rallies,” Despres said after today.

“There are physically tough special stages and a type of natural selection in relation to the level to which the machines and riders are prepared. Picking up seconds in the general standings is not the most important thing. What matters is making statements, making a difference, gaining in confidence and letting the racing do the talking. As a result, the general standings reflect that on paper in the evening.”

Faria, courtesy of his seventh place finish on the stage today, therefore hands the lead over to team mate Despres in the overall standings.

Quads: Two stages on the bounce for Laskawiec

After his breakthrough stage win yesterday, Polish rider Lukasz Laskawiec today notched up his second stage win in succession, beating Ignacio Casale by one minute and thirty five seconds. It was a rare off day for long-time leader Marcos Patronelli, who posted the seventh fastest time off the day and over six minutes off the pace.

Laskawiec started strongly, posting the fastest time 64km into proceedings. He held a fourteen second advantage over Sebastian Husseini, with Patronelli at this time holding third, already 39 seconds off the pace of the leader.

Husseini would put the pressure on 132km into the stage though, with Laskawiec holding the smallest of advantages – a mere one second. He would only slightly extend that lead to eighteen seconds by the next checkpoint, 164km in, but Husseini didn’t let up and was back within six seconds of the Pole not long after. Behind them, Casale maintained third, but was one minute and three seconds off the pace, with Patronelli now dropping to seventh.

Sarel Van Biljon was suffering a difficult day though, and lost time with a puncture 137km into proceedings.

With his strong pace, Husseini would soon take the lead from Laskawiec, holding an advantage at one time of fifty seconds. But his pace would fade in the final few kilometres, giving Laskawiec a reprieve.

Laskawiec would therefore post the fastest time of the day of five hours and nineteen minutes, whilst Casale and Sonik completed the top three, the latter three minutes and 23 seconds off the pace. Husseini ended up just ahead of Patronelli in sixth, a disappointing result after showing good pace earlier in the day.

Despite his lacklustre performance today, Patronelli still has a comfortable margin, albeit slightly narrowed, of one hour and 27 minutes over Casale. It is likely that baring any technical problems before now and Sunday that he has already done enough to win the category.

After coming close in recent days, Orlando Terranova opened his campaign today with a stage win. He denied Nani Roma from winning three stages in succession by two minutes and seven seconds.

Initially, it was Stéphane Peterhansel who made the early running, posting the fastest time 64km into the stage. He held a twelve second advantage over Terranova, with Roma rounding out the top three. But Terranova would take the advantage back not long later, with Roma moving into second.

Giniel De Villiers and Robby Gordon would for a time be involved in the battle at the front, with them holding third and fifth place respectively 100km into the action.

But it was Terranov who continued to lead them all half way through the stage, maintaining an advantage over Peterhansel, who had moved back into second place, of one minute and 21 seconds. Roma was two minutes and 21 seconds off the pace at this stage.

It was definitely looking like it would be a strong day for the X-Raid team, with all three of their drivers maintaining position in the top three after 280km. Behind them, de Villiers was having another strong run in fourth, with Gordon still maintaining fifth, six minutes and four seconds off the pace of the stage leader.

Little would change from this point till the end, with Terranova’s winning time of three hours and 57 seconds just being enough to deny Roma a hat trick of stage wins. Peterhansel did his chance of winning the car category overall no harm, finishing third, two minutes and 19 behind Terranova.

“It’s my first stage win with Pablo and we are happy. The car is running well, without problems. Now we have Fiambala tomorrow. We must open, but it’s okay. We are going to drive very easy because we must pass Fiambala. I’m liking driving the car. Peru was very nice, also Chile was nice. But this kind of stage is very, very nice,” a delighted Terranova said.

“We took the stage very easily, to not make a mistake because it was very narrow and it was possible to burst a tyre or break some piece of the car. We want to continue like we have done. We are having a good race without mistakes, though we did make a big mistake in stage four with the diesel and the power. I don’t know what happened but we lost a lot of time. But we’re happy and we must continue like this.”

With Peterhansel’s long-time rival Nasser Al-Attiyah now no longer in the running, it seems like the Frenchman has done enough to claim another Dakar victory. He extends his advantage to 52 minutes over de Villiers after today’s action.

It was yet another dramatic day in the truck category, with Andrey Karginov claiming the stage after problems befell both Peter Versluis and Ales Loprais.

Loprais started strongly and lead after 64km over Versluis by 34 seconds, with Kolomy holding third. At this stage, Karginov held fifth and was just under two minutes behind. However, the first man to experience problems was former F1 driver Alex Caffi, who broke down just 12km into proceedings.

Up front however, it was turning into a battle between Loprais and Versluis, with the pair separated only by five seconds in Loprais’ favour after 132km of the stage. Martin Kolomy was third, but some way behind, whilst Karginov was by now four minutes and seven seconds off the pace.

Things were far from over after 195km, with Versluis now holding the advantage over Loprais by 28 seconds. However, things would suddenly take a turn for the worse for the leading duo, with Loprais the first to be delayed after suffering a puncture that cost him twenty minutes.

Versluis would be in trouble not long after, suffering a delay of ten minutes for an as yet unknown problem.

Therefore, through a mix of speed and misfortune for others, Karginov was therefore able to catapult up the order and post the fastest time of the day. His winning time of four hours and 44 minutes was 3 and a half minutes faster than surprise second place man Peter Van Den Bosch. Martin Van Den Brink completed the top three and was four minutes and twelve seconds off the pace of Karginov.

Despite the drama, there is little change in the overall classification with Eduard Nikolaev maintaining first position. His advantage is now just over half an hour over Martin Kolomy, with Ayrat Mardeev only a couple of minutes behind in third. Despite his stage win today, Karginov remains some way off the pace and is in fourth, with former leader Gerard de Rooy now being more than an hour behind.