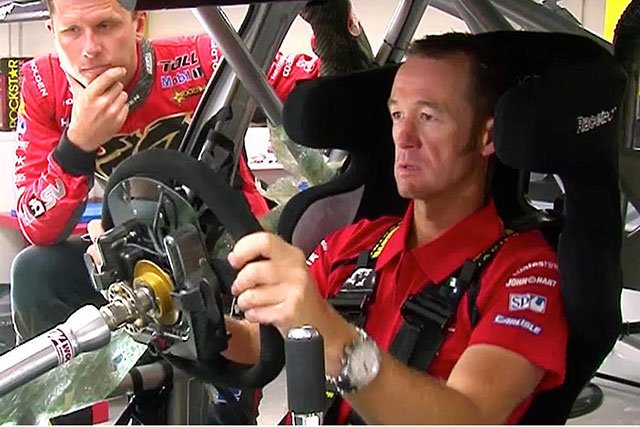 Greg Murphy has been revealed as Holden Racing Team’s number one ‘draft pick’ for the Sandown 500 and Supercheap Auto Bathurst 1000 endurance races.

The four-time Bathurst 1000 winner, who switched his focus to the enduros after announcing at the end of last year that he wouldn’t be pursuing a full-time drive in 2013, got his first victory on the mountain while co-driving with Craig Lowndes for HRT in 1996. The pair also won back-to-back Sandown 500 titles for the team in 1996/97.

“Life’s come a full circle and I couldn’t be happier, I’m back with the Holden Racing Team where it all started. To be part of the factory Holden team feels very right,” Murphy said.

“It takes time accepting change, but it’s happened. It just worked out that there wasn’t [a full-time] place for me in 2013.

“I didn’t want to be part of a team that couldn’t provide a strong prospect of winning races, so the best option was driving in the enduros only with a team that gave me a real chance.

“HRT goes to Sandown and Bathurst to win. This is the best opportunity I’ve had to win those races in the past few years – this is the best place for me to be.”

Garth Tander, who heads into his sixth full-time season with HRT, said Murphy was the team’s first choice for enduro co-drivers.

“Murph’s the number one draft pick for Sandown and Bathurst, no question,” Tander said.

“He’s got so much experience, so for us to have him as part of our team in our garage throughout the year, let alone the enduros, is fantastic.”

Although the announcement on whether Murphy will partner Tander or James Courtney is still to be made, Murphy, underwent a seat fitting in Tander’s new VF Commodore recently.

“Between James and me, I’m tallest, so if Murph fitted my car it meant our options were open,” Tander said.

“He fitted quite comfortably in my car, which surprised me. That gives us flexibility. There’s nine months until Sandown, so we’ll see how the season pans out before making any decisions.”