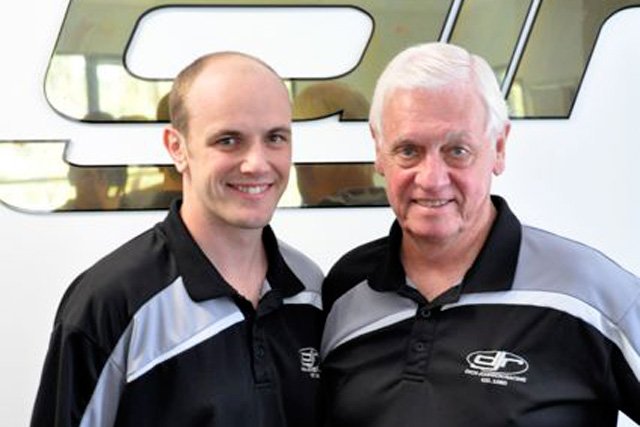 Tim Blanchard has been named as Dick Johnson Racing’s first driver signing ahead of the 2013 V8 Supercars Championship season.

Blanchard made his V8 Supercars in 2012 when he replaced Todd Kelly in the #7 Jack Daniels Commodore for the last four rounds of the season, but this will be his first full-time drive in the Series.

“I’m thrilled to be joining such an iconic team as Dick Johnson Racing,” said Blanchard.

“They have already made me feel so welcome and I can’t wait to hit the track for the first time with the team tomorrow, in the Queensland Floods Appeal Falcon.”

Principal and Team Owner, Dick Johnson believes that in Blanchard they have a driver who can help turn the team’s fortunes.

“With the engineering package provided to us by FPR, our two Ford Falcons will be competitive as any out there,” said Johnson.

“I’m looking forward to seeing Tim give it a good shakedown tomorrow. He is an exciting young driver and with him on board, we can start to look to the future of DJR and not get a sore neck by looking back.”

The team plan to make further driver and team announcements within the next week.

By Paul Hensby
1 Mins read
The ‘Swiss Miss’ Simona de Silvestro is not ruling out a return to the Indianapolis 500 despite committing herself to racing in Australia in Supercars.