Bennani Tests Proteam BMW In Italy Ahead Of 2013 Season 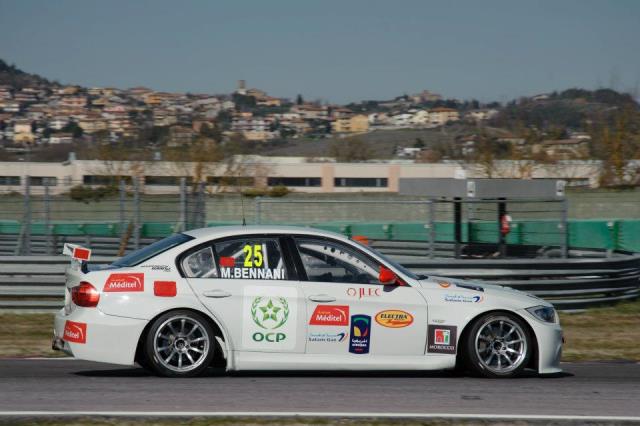 Mehdi Bennani got himself back into the groove ahead of the 2013 World Touring Car Championship season with a test of his Proteam Racing BMW at Magione in Italy.

The Moroccan driver will be embarking on his fifth year in the WTCC, and his third with Proteam, when the new campaign begins with the outfit’s home race at Monza on 24 March. He finished tenth in the overall standings in 2012 with a maiden podium finish in Hungary.

“I had not driven since Macau and it was nice to get back behind the wheel of a racing car,” the 29-year-old said about the test. “We have worked a lot on the set-up and I am pleased with the job done. I have the feeling that we are on the right way to improve the car’s performance.”

Team Principal Valmiro Presenzini hailed the test as a success.

“We have been lucky with the weather,” he commented. “We had two wonderful days that enabled us to complete an intensive programme. Mehdi ran for 400 kilometres without any technical issues. We tested new dampers and this resulted in setting our record lap time here at Magione.”

As for much of 2012, Bennani is set to be Proteam’s sole representative on the WTCC grid this season.