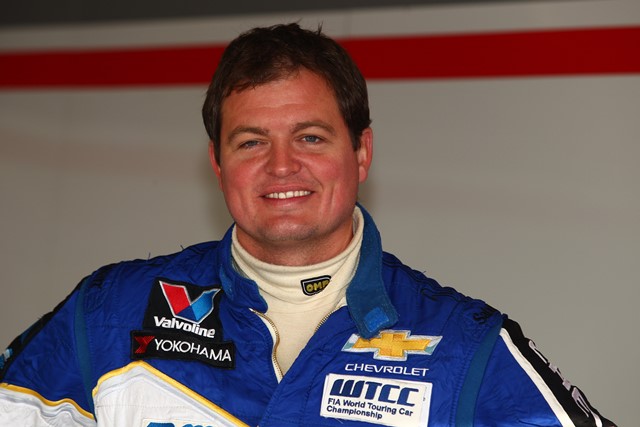 Michel Nykjaer will race Nika Racing’s Chevrolet Cruze in the 2013 World Touring Car Championship, it has been confirmed.

Nika will contest an entire WTCC season for the first time this year, having run the Chevrolet Motorsport Sweden entry in the Scandinavian Touring Car Championship.

Danish driver Nykjaer will race the team’s sole Cruze model, having driven for the team in Scandinavia last year.

It will mark a full-time return to the WTCC for the 32-year-old who contested two full seasons in a SEAT in 2010 and 2011, after previously winning the European title in 2007 and 2008. Last year he was a late call-up to drive a Bamboo Engineering Cruze in Brazil, finishing the two races in fifth and fourth.

“I’m thrilled to return to action in the WTCC, and especially with Nika Racing,” he said. “We have gained huge respect for each other in our STCC programme, and we are definitely ready to take this step.

“The WTCC is incredibly competitive, but I think we have some important ingredients in place for a strong campaign. I know the majority of the circuits on the calendar, and the Chevrolet Cruze has been the car to beat over the past few years.

“I’m immensely motivated to get going and I will fight for every tenth, every lap.”

Team Principal Nicklas Karlsson is confident that Nykjaer will score the team some strong results.

“Michel is one of the fastest touring car drivers in the world and we are delighted to extend our relationship with him,” said Karlsson.

“The combination of driver, car and a highly enthusiastic workforce gives us an encouraging platform on which to build over the season, and hopefully the tools we need to take the fight to our experienced rivals.”

The new WTCC season begins at Monza next weekend.