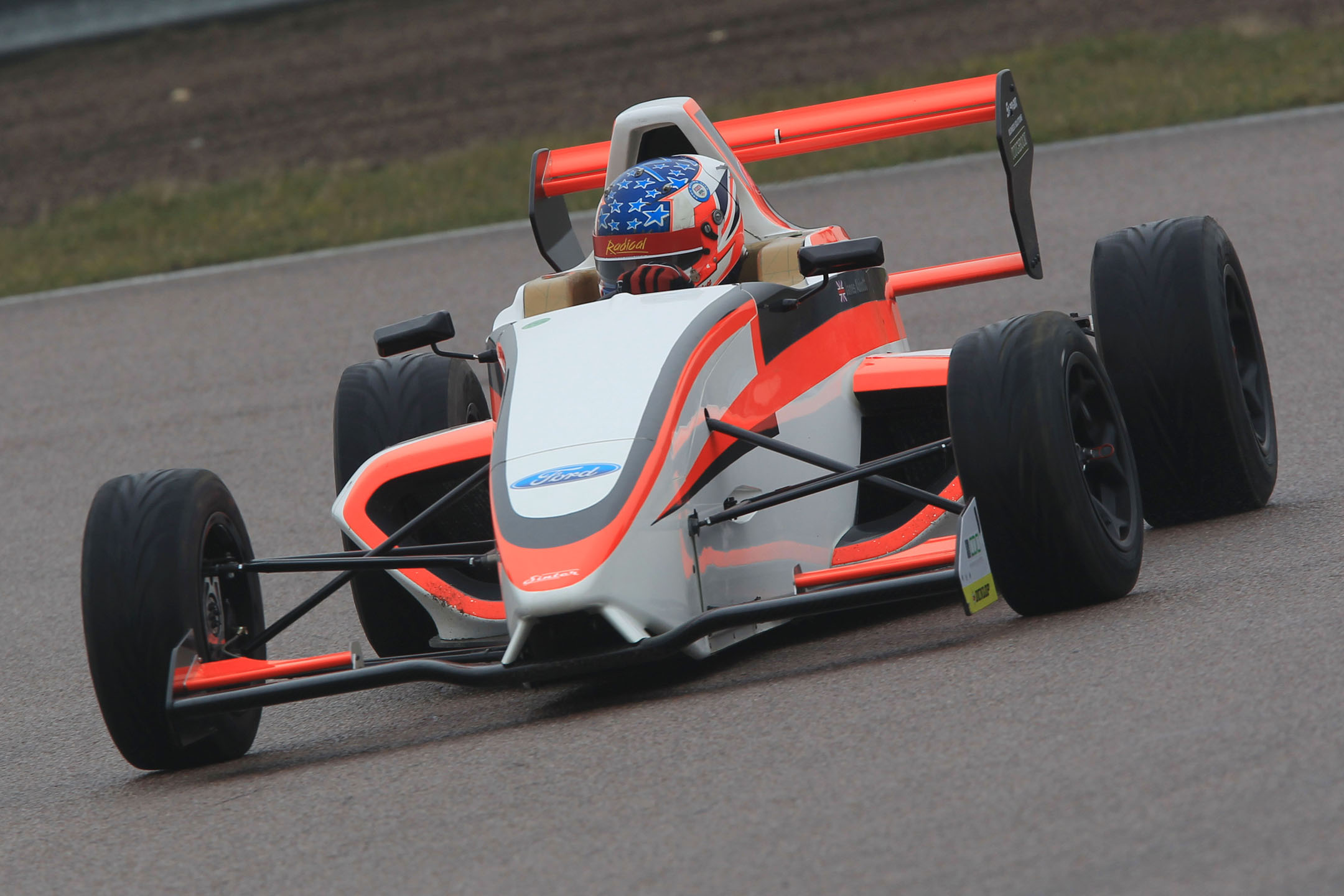 The new Sinter EcoBoost Formula Ford chassis made a successful debut on track at the Rockingham Motor Speedway yesterday in the hands of the Radical team racer James Abbott.

“It’s cold and the track is greasy and we are of course struggling with tyre temperatures and sliding around,” said Abbott, “but the Sinter seems well balanced and the motor is certainly producing plenty of power and torque. Everything seems good and feels normal and natural to drive, which is a good thing. There are little details to be ironed out so that I can be fully comfortable in the car, but on the whole I am pleased.”

The Norfolk-build Sinter chassis will face stiff opposition throughout the season from the more establish French made Mygale chassis. Sinter creator Lindsay Allen believes the chassis is more than up to the challenge. “We have put a lot of effort into several areas of the car where we believe that an advantage can be gained. It is early days – this is its first proper run and there are some tiny issues which need to be addressed – but overall everything is looking very promising.”

Allen paid special tribute to Radical for their input over recent weeks. “Having Radical’s facilities available to us has made a huge difference to the project. We would not be at this point now without their help.”

Radical Boss Phil Abbott added, “We were able to step in and machine a new bell housing for Sinter when Lindsay’s suppliers let him down, and we turned virtually the whole Radical factory over to the job. But all the hard work is starting to pay off now, and although this is the Sinter’s first proper time on track it’s all very encouraging.”

Michael is currently studying Motoring Journalism at the University for the Creative Arts in Farnham, Surrey. You can follow him on Twitter at www.twitter.com/mike_trusler Google+ Profile
Articles