Yamaha Leave Austin Early With Work To Do 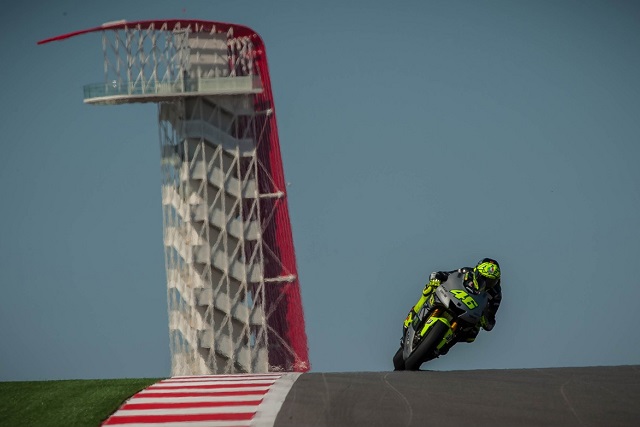 Yamaha riders Jorge Lorenzo and Valentino Rossi both feel the team are playing catch-up after they finished testing at the Circuit of the Americas a day early. The test has been dominated by the Hondas, Marc Marquez in particular, and although Lorenzo felt much better with the YZR-M1 by the end of the two days, he acknowledged the bike lacked grip compared to its chief rival.

“I feel better today, especially in the last run before the lunch break, we changed the set-up of the bike and we improved some tenths so we are closer to the fastest riders, but not as much as we would like. We were too soft in the suspension to start with, we made it harder and in this track it works. These two days that we are here I think is enough to get a good idea of set up and riding style. The fans will like MotoGP here, it is going to be a great show. We have been trying different set ups of the bike, no new parts, just playing with the set-up, changing the suspension and forks and in the last run I improved half a second with set up changes. We still don’t have enough grip on the rear so we can’t lean over with confidence which is why we are further behind than in Sepang. I am adapting my riding style every lap a little for the track. In the main straight we are at 340kmh/h which is an amazing speed; when you have to brake and put your helmet up the wind is very strong so it’s difficult to be stable.”

Rossi was impressed after his first experience with MotoGP’s newest circuit but expects the low-speed acceleration points to favour the Honda unless Yamaha can improve before the race here in April.

“The feeling with the track improved today, we started to work on the bike to improve the difficult points, especially in the three very hard braking areas where it is important to have good stability. It’s also very important to have grip on the edge through the hairpin to have speed along the straight.  It looks like you can make a big difference in the slow parts here. The chicane part in turn two is very technical and difficult as it is blind; you have to go a bit with memory. Step by step we improved a lot from yesterday but have some disadvantage compared to the other guys so we need to put all the sections together. The target was to come here and try to understand the track and try to be ready for the race. Our competitors are able to accelerate faster than us from the hairpin and they have a bit more grip on the edge compared to us so these are the areas where we have to work, in the flowing parts we are not so bad.”

“The track is good, a very classical ‘Tilke’ track, I like the fast parts, turn two and turn ten especially. There is lots of hard braking and it is very wide so good for overtaking. The long right before the last two lefts is also good. It’s fun and not too hot like it is in Sepang so it’s a good place to make a motorcycle race.”