CarFest South ‘The Best One Yet’ 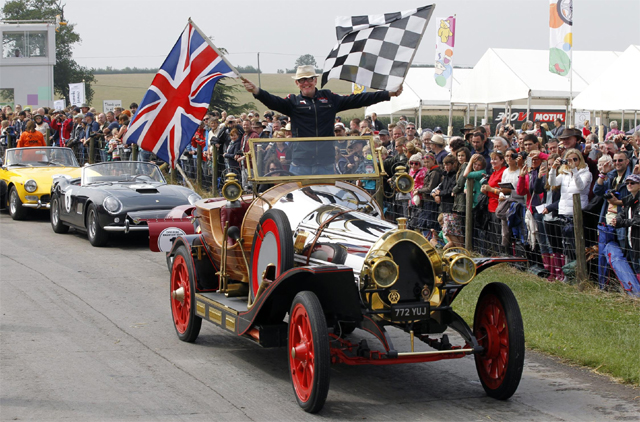 Laverstoke Park provided the stage for the ‘best CarFest yet’, according to the event’s host, BBC Radio 2 presenter, Chris Evans.

“We laughed, we laughed and we laughed again. CarFest South has been a fantastic blast and the best so far,” said Evans. “Somehow this has topped the huge success of last year. We’ve had even more fun and raised even more money. Let’s do it again!”

Evans himself starred on the hill, driving some of his own Ferraris and the iconic Chitty Chitty Bang Bang. Fans also enjoyed runs from historic rally cars and a parade of 100 Aston Martins celebrating the marque’s centenary in 2013.

Aside from the on-track action, the fans were treated to music from top bands such as Texas, Keane, Alfie Boe and Amy Macdonald, while the Red Arrows, the Vulcan bomber provided some aerial enjoyment. Highlights from the arena shows included jousting, the Royal Signals White Helmets Motorcycle Display Team and the JCB Dancing ‘Diggers’.

“This is the best festival I’ve ever been to,” said Seasick Steve, a surprise late addition to the main stage “I think I’ve died and gone to heaven!”

By Findlay Grant
1 Mins read
The Goodwood Festival of Speed is the latest motorsport event to be postponed due to the global COVID-19 crisis.
Shows and EventsTouring Cars

By Mike Widdowson
2 Mins read
Legendary Italian brand to be celebrated at the 2020 Silverstone Classic with single marque showdown events.