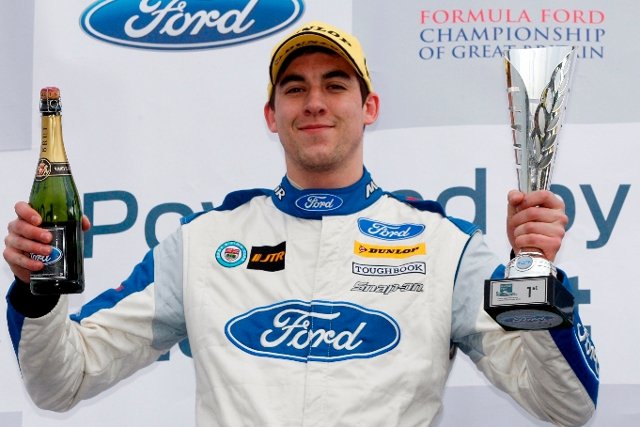 The eight-part programme pits eight V8 Supercar rookies against each other in a series of on and off track challenges. The rookies will be under the watch of Ford Pepsi Max Crew drivers Mark Winterbottom and Will Davison, with the winner securing a testing contact with the Ford Performance Racing team.

24 year old Cammish is one of two British drivers taking on six of Australia’s best, the other Brit being former Formula Ford GB and ADAC Formel Masters racer Adrian Campfield.

Cammish and Campfield are following in the footsteps of current BTCC ace Andrew Jordan. The Eurotech driver competed in the first season of the programme and narrowly missed out on a prize drive in the Supercheap Auto Bathurst 1000, finishing runner-up to Cameron Walters.

“The offer came out of the blue,” said Cammish. “I received an email saying my name had been put forward and would I like to do it? I said yes like a shot. The show runs over eight weeks, with each of us facing different challenges – some involving driving and some not. We were filmed from the minute we woke up to when we went to bed, all our social interactions, talking to the cameras about our experiences, all that sort of thing. It was a really good experience.

“It was always going to be tough – I had never driven a tin-top of any kind, let alone a V8 Supercar with 600 horsepower, and I was given very few laps to acclimatise. It was scary: I could barely see out of this car which weighed a ton and a half. It was a case of hanging on for dear life. I’m not allowed to reveal how I got on – you’ll have to watch the show to see how I did.”

The programme, aired by the Australian 7mate network, can be found online at www.shannons.com.au/supercarshowdown. The first episode airs tomorrow (Saturday 14th).