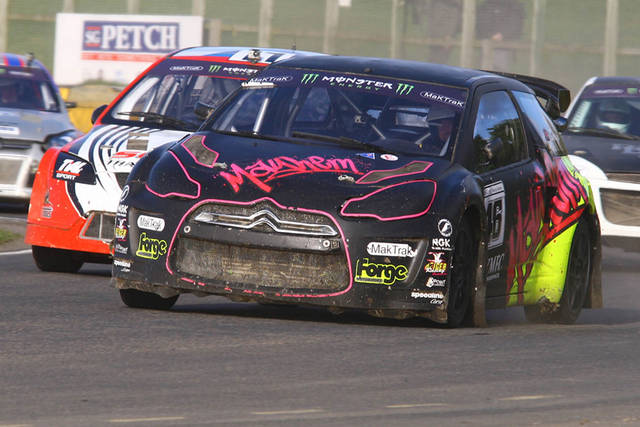 Croft Circuit is looking to the British Rally Cross Grand Prix and the BTRDA to round off their season of events in a distinctly off road manner starting this weekend.

The Rally Cross, the finale to the British championship, will feature Euro stars in some absolutely storming supercar machinery that accelerates to 100kph in 2.5 seconds. Competitors include Anton Marklund in his VW Polo, Jos Jansen in his Ford Focus and Andy Scott in the brand new Albatec Peugeot 208.

However, the Brit pack will be hoping to maintain national pride in the Grand Prix as local star Kevin Procter brings his Focus to the grid. Reigning champion Julian Godfrey and former champion Liam Doran will also be hoping to have the prestigious Grand Prix victory next to their name.

Also racing over the weekend will be numerous support events including the hotly contested junior category with identical Suzuki Swifts.

Not content with just one Rally Cross event for the North East Public, the circuit will also be hosting a special one off event to celebrate the 75th anniversary of the BTRDA on Sunday November 24th. With no categories, a free for all will ensue with the tantalizing prospect of some absolute giant killing performance from the “classic” eight car grid. There have already had 50 entries listed for the event with the prospect of more to come.

For more information on both events visit www.croftcircuit.co.uk.

By Mark Cridland
8 Mins read
The 2020 BTRDA Clubmans Rallycross season kicked off in style at the home of rallycross itself, Lydden Hill and the driving skills on show were spectacular.
British Rallycross

By Mark Cridland
2 Mins read
The 2007 British Rallycross Champion Ollie O’Donovan and his son Patrick both have their eyes set on their respective titles for the 2020 season which kicks off this weekend.