Pieces Of Motorsport History Up For Auction At Autosport International 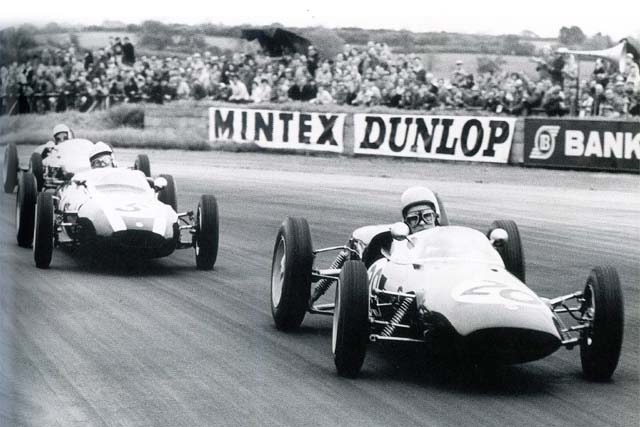 A host of classic cars will be put up for auction at Birmingham’s NEC on 11 January, as automobile auctioneers Coys take the stage at Autosport International.

56 cars will be open to bidding including both racing and road cars, with a variety of manufacturers on offer including Aston Martin, Ferrari, Jaguar, Mercedez-Benz and Porsche.

Among the highlights at the auction is a 1969 Lancia Fulvia Spider Fiori & Maglioli, one of the only three produced and believed to be the sole remaining survivor. Evolved from the HF coupe, it was created after team manager and driver, Cesare Fiori and Claudio Maglioli noticed drivers suffering from exhaustion. The chassis was shortened, the body stiffened with rigid tubular framework, the roof removed and everything superfluous taken off the car.

The car, chassis number ‘00200’, is well known to Lancia fans, having enjoyed a strong racing history including second at the 1969 Monte Carlo Rally, first in class at the 1000km of Nurburgring and first at the 1969 Rally del Medterraneo. In original condition, the car is expected to reach between £210,000 and £230,000.

Also from Lancia, the 1970 Fulvia 1.6 HF Falcone will be up for auction, with an estimated value of £47,000 and £57,000. It has never been raced and has just 21,750 miles on the clock, retaining its original paintwork and, as most other Fanalones were raced, it would be difficult to find a more original car.

The 1960 Lotus 20, chassis number 20-J-944, will also be up for auction at the show. Built as a successor to the Lotus 18, the car is renowned as being the most authentic Lotus 20 in the World, including its original 998cc engine. The vehicle comes complete with an impressive history file containing photos of the car being driven at the Palm Springs Vintage Grand Prix in 1985 by British Formula One driver, Innes Ireland.

“The Coys auction is always a popular part of Autosport International, attracting a wide range of motoring enthusiasts,” said Autosport International Show Director Ian France. “Yet again there will be an impressive line-up from 25 manufacturers, providing a unique opportunity to own a classic car. The vehicles have a great history to complement our array of sporting personalities at the show this January.”

The auctions will take place at 12:30 and 15:00 on Saturday 11 January, and those wishing to bid are required to register on site and must bring two forms of ID. Telephone bids will also be accepted, with registrations at www.coys.co.uk.

By Findlay Grant
1 Mins read
The Goodwood Festival of Speed is the latest motorsport event to be postponed due to the global COVID-19 crisis.