Icon: Roger Penske – An Ode To An American Legend 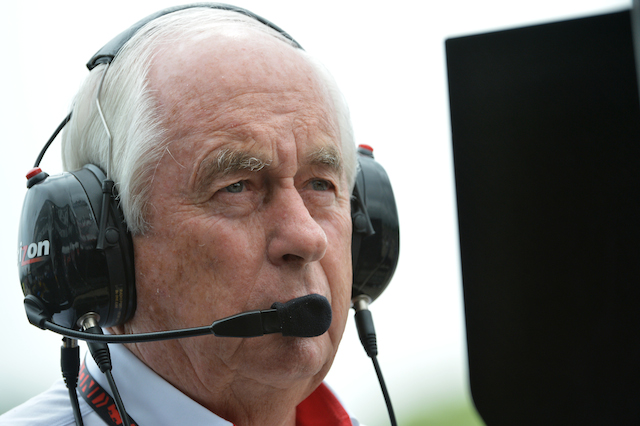 For more than fifty years Roger Penske has been one of the most recognised in motorsport in America, if not around the world. Now, in just under two weeks his team will start its hunt for their 16th Indy 500 victory.

Since 1958 there hasn’t been a series that the Penske name hasn’t been associated with, from Formula One as a driver to F1 as a constructor for Mark Donohue and John Watson.

However, it all started at a small track relegated to the history books – the Marlboro Motor Raceway in Maryland – a start not a lot is known about but only two years later he was named Sports Illustrated’s driver of the year with a number of prestigious race starts under his belt including the above mentioned F1 starts – the 1961 and ’62 US Grand Prix in a Cooper and Lotus respectively.

Interestingly even though he is the most successful team owner, he never started a 500 – he turned down an invite in 1963 which was then passed on to Mario Andretti.

That was only two years before he ended his career in what could be considered his prime, the reason was to continue his growing business empire – an empire that has helped him fund Team Penske in open wheel racing as well as NASCAR.

The funding saw Team Penske take the flag at the 1969 500, with Donohue taking the team’s first victory in 1972. The team haven’t looked back and have been one of the most consistent in American open wheeled racing – rivalling that of A.J. Foyt and Chip Ganassi to form a holy trinity of legendary team owners.

Indeed Penske’s status as a man who knew how to get the best from his squad saw them lead Porsche’s effort in the American Le Mans Series with the iconic RS Spyder – a red and yellow LMP2 monster that put the Audi LMP1s to shame in the overall standings.

During the six years the RS Spyder raced it brought some big names to the American scene including Jeroen Bleekemolen, Lucas Luhr and Porsche regular Romain Dumas. That link up brought a number of ALMS class titles as well as an overall victory at the 2008 12 Hours of Sebring – so far Penske’s only significant endurance victory but if rumours are true, he is keen on getting his hands on a 919 to race in the WEC.

Whatever the future does hold it is clear that there is one series the team are shrinking down to size – NASCAR Nationwide – the team this year will field only one car, a Ford, for Joey Logano, Brad Keselowski and Ryan Blaney.

Although the Verizon backed IndyCar team looks a lot stronger, they recently tempted back Juan Pablo Montoya to join Helio Castroneves and Will Power in their Chevrolet powered DW12s and will be hoping at least one of them can get on the podium at the brickyard.

The Checkered Flag will be providing full coverage of the 2014 Indy 500 with a look back on historic races, as well as a preview of the big race itself.