The 24th season of the Eurocup Formula Renault 2.0 Series saw Nyck de Vries secure the title for Koiranen GP, with the Dutch teenager taking five victories and five other podium finishes in the fourteen race schedule.

The fact that six different drivers won the first six races showed just how open the championship really was in 2014, but de Vries was able to win the title by 130 points ahead of Norwegian Dennis Olsen of Prema Powerteam. 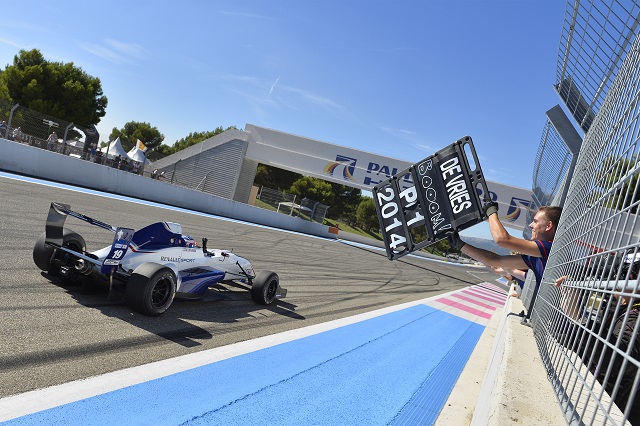 De Vries took the first win of the season at Motorland Aragon ahead of Russian Egor Orudzhev of Tech 1 Racing and Brazilian Bruno Bonifacio of Prema Powerteam, before Frenchman Andrea Pizzitola of Manor MP Motorsport took the spoils in race two ahead of Swiss driver Kevin Jorg of Josef Kaufmann Racing and Bonifacio, with de Vries just off the podium in fourth.

Olsen took his first win in the opener at Spa-Francorchamps ahead of de Vries with Bonifacio again completing the podium, and the same three drivers stood on the Sunday too, with Bonifacio victorious ahead of Olsen and de Vries.

Frenchman Aurelien Panis, son of former Formula 1 race winner Olivier Panis, took his maiden series victory in race one at Moscow Raceway for the ART Junior Team, ahead of Pizzitola and Briton Matt Parry of Fortec Motorsports, before Jorg took his first victory of the year in race two, ahead of de Vries, who had retired for the first and only time of 2014 in race one, and Thai driver Alexander Albon of KTR.

The series saw its first two-time winner of the year in race one at the Nurburgring in July, and it was no surprise that it was de Vries who broke the run of different race winners. Albon was second ahead of Briton Jack Aitken of Fortec Motorsports, who finally found his feet in the series after a disappointing opening few weekends. Olsen won race two for his second (and final) win of the year, ahead of guest driver Charles Leclerc of Fortec Motorsports and Ignazio D’Agosto of Koiranen GP, while de Vries was fourth, and claimed the points for third with Leclerc ineligible for points.

De Vries was victorious in race one at Paul Ricard ahead of Orudzhev and Albon, and became the first driver to do the double on the Sunday, claiming victory ahead of Panis and Orudzhev. 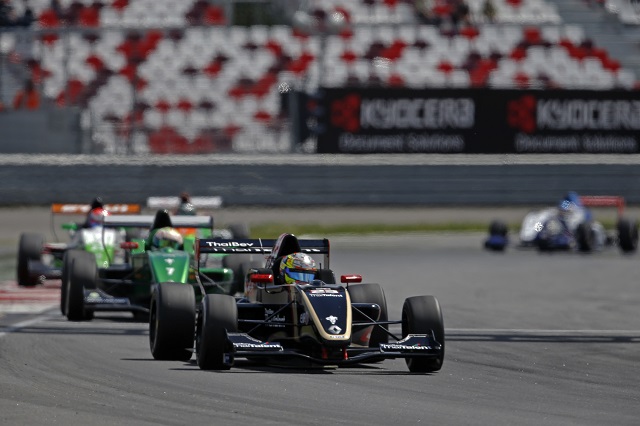 Despite not taking a win in 2014, Alexander Albon was third in the standings (Credit: Jean Michel Le Meur/DPPI)

With the title long since won, de Vries claimed his fifth win of the season and his third in a row in the opener at Jerez, ahead of Aitken and Villemi, while guest driver George Russell of Tech 1 Racing was victorious in race two, although de Vries took the 25 points ahead of Aitken and Jorg.

It was a very consistent season for champion de Vries, who was out of sight in the standings long before the end of the year, and he now moves up to the Formula Renault 3.5 Series in 2015 with DAMS. Who else will join him there, and who will be the one to step up in 2015 and follow in his footsteps as Eurocup Formula Renault 2.0 Series champion?