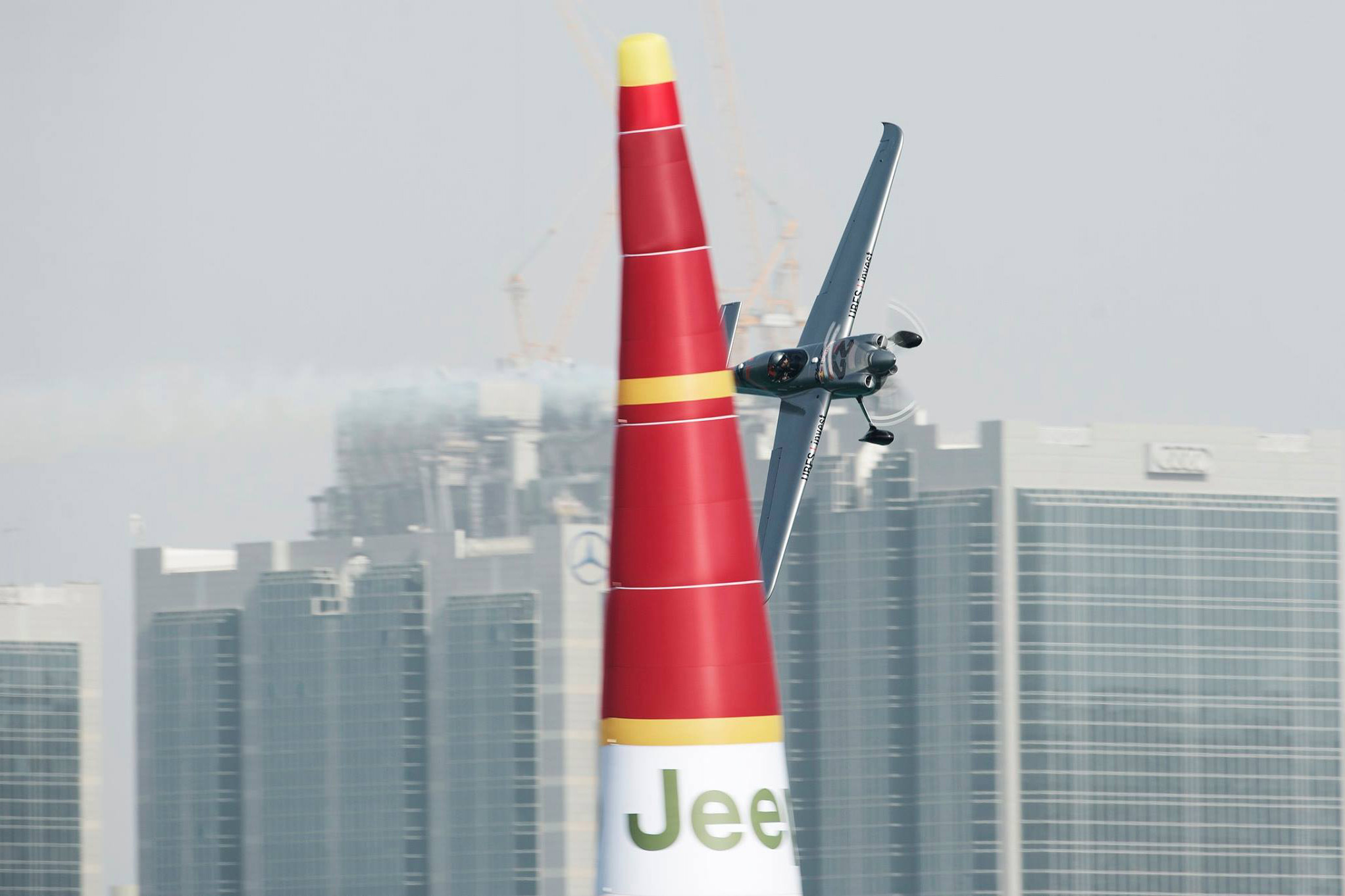 Hannes Arch, the 2014 Red Bull Air Race runner up, kicked off official training for the 2015 season on top, with the Austrian putting his Edge 540 on top of the combined times  with a lap of 57.735s.

In fifth was the first of the penalised pilots, with Matt Hall gaining a two second penalty for the incorrect passing of an air gate. Without the penalty Hall would have topped the session on a 58.212, but the penalty pushed him back to a 1:00.216, 1.524s off Bonhamme’s pace.

Not flying in T1, however, was Martin Sonka and Michael Goulian, whilst 2014 champion Nigel Lamb finished in ninth after he too picked up a two second time penalty for the incorrect passing of an air gate.

Training Session two saw a change in the times, with Arch’s 57.735 being three tenths faster than Hall’s time of 58.076, with American Kirby Chambliss finishing third on a 59.069. Dolderer, Muroya and Pete McLeod then follow in fourth, fifth and sixth, with the rest of the fourteen strong field incurring penalties or not starting.

Juan Velarde was the last of the runners who set a time, although with the Spaniard picking up three penalties – two for the incorrect passing of an air gate and one for a pylon hit – his initial time of 01:03.132, along with his six seconds of penalties, ultimately meant his finished last with a time of 01:09.132, eleven seconds slower than Arch.

Bonhomme, Sonka and Goulian didn’t take to the skies in T2.

The weekend proper starts this Saturday, with all the weekends’ action available live on RedBullAirRace.com

By Jake Handley
2 Mins read
“Typhoon Noul is approaching our area and around midnight we should expect the passing of this weather system.”
Red Bull Air Races

'Smoke On, Go' for Red Bull Air Race Ahead of Abu Dhabi

By Jake Handley
2 Mins read
It’s ‘Smoke on, go’ for the Red Bull Air Race as the series heads to Abu Dhabi with a new format, pilots and venue.