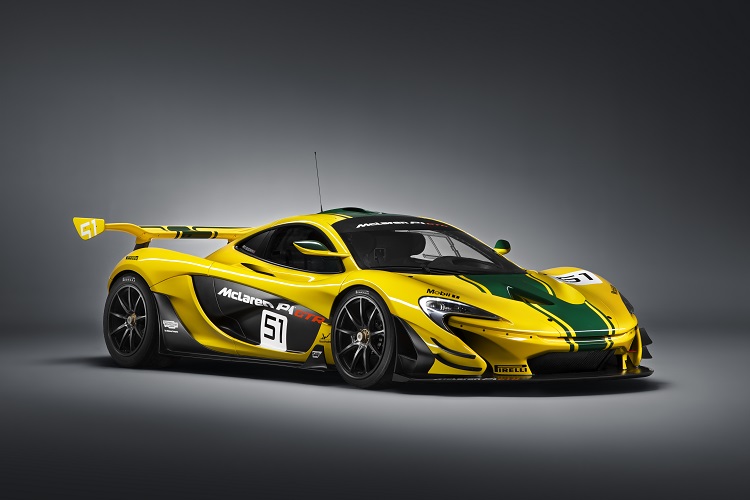 The limited edition, track ready 1000PS McLaren P1 GTR will have its first public showing when the Geneva Motor Show gets underway at the beginning of March.

The new yellow and green livery heralds back to the legendary McLaren F1 GTR, chassis #06R that dominated the 24 Hours of Le Mans twenty years before, and the car has ten per cent more downforce than the road-going McLaren P1 road car already in production.

The new car has made the transition from a design concept to being in production, and has had limited modifications in between so to make it track ready. It has completed an intense testing programme all around the world since its unveiling in the summer of 2014, and it is within these test sessions where they have produced the modifications to improve its driveability.

The car sits 50mm lower than the road-going P1, with 19-inch wheels being shod with Pirelli slick tyres. The front track is also 80mm wider, with an aggressively profiled front splitter, all of which aids the car’s aerodynamics. The change from glass to carbon fibre panels on the roof and around the engine bay has also helped the car to shed an impressive 50kg in weight. 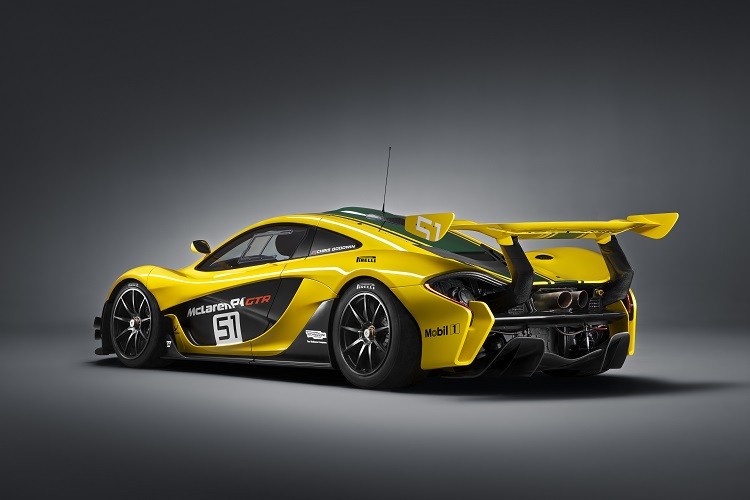 Another view of the McLaren P1 GTR (Credit: McLaren Automotive)

One of the more noticeable additions to the track-ready P1 GTR is the introduction of a bigger fixed-height rear wing, which sits more than 400mm above the sculptured bodywork, more than 100mm higher than on the road car.   This change, as well as the introduction of aerodynamic flaps ahead of the front wheels, helps increase downforce levels by over 10 per cent.   The track-ready car also retains the DRS system of the road car, which trims the pitch from 32o to 0o at the push of a button.

Individual driver profiling sessions at the McLaren Technology Centre will preceed an initial test session at Silverstone for drivers within the McLaren P1 Driver Programme, before further on-track activity at the Circuit de Catalunya in Spain. The profiling sessions will include race seat fittings, a Human Performance Centre assessment, and final discussions around the design and livery of each model with McLaren Automotive Design Director Frank Stephenson.