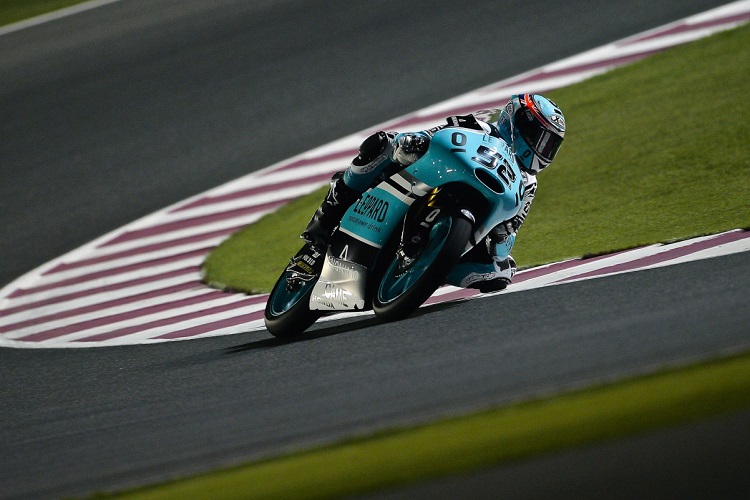 Danny Kent heads into the first Moto3 qualifying session of the year as one of the favourites after leading a Leopard Racing 1-2 in final practice at Losail. The Briton upped the pace on Friday evening, finishing a tenth clear of rookie teammate Hiroki Ono with Miguel Oliveira cementing his status as a pole contender with third overall.

Oliveira already held the fastest time coming into FP3 after his exploits on Thursday night and the Portuguese rider started day two just as strongly, clocking a 2:07.052 on his very first effort. Kent would take over at the halfway mark, breaking into the 2:06s, but Oliveira fought back in the final five minutes with the fastest time of the weekend so far.

With a minute remaining, Kent regained top spot for Leopard with a 2:06.413 while the impressive Ono upstaged the more heralded rookies with a 2:06.499 to snatch second from Oliveira. John McPhee appears to have discovered his best form in time for qualifying having claimed fourth in FP3 with Fabio Quartararo doing enough to suggest a debut pole isn’t out of the question in fifth.

Alexis Masbou took the second Saxoprint-RTG Honda to sixth ahead of one-time pacesetter Niccolo Antonelli while Brad Binder and Francesco Bagnaia pushed Jorge Navarro down to tenth after the Estrella Galicia 0,0 rider spent much of the session working with teammate Quartararo to engineer a slipstream.