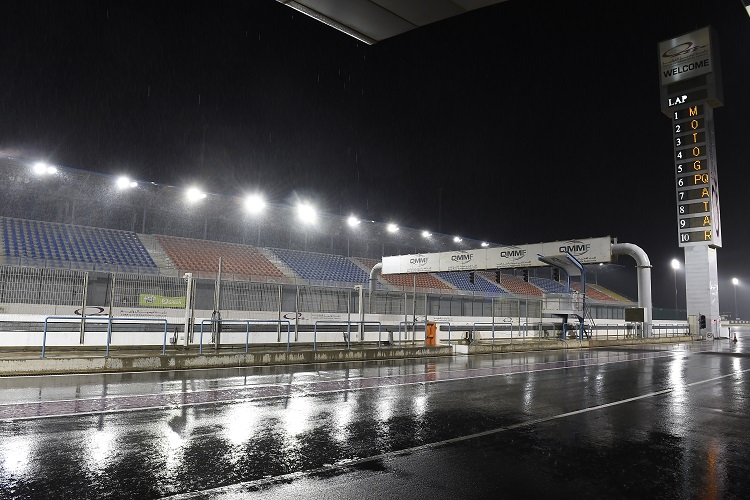 No running was possible on the final day of MotoGP pre-season testing in Qatar after heavy rain at the Losail International Circuit. The unlikely downpour began early in the afternoon, only to intensify as the darkness fell and floodlights took over, leaving conditions impossible for the riders.

Although a very rare occurrence, rain has wreaked havoc with MotoGP in the past at Losail with the 2009 race being pushed back by 24 hours due to a torrential downpour moments before the scheduled start time while the 125cc race was brought to an end after just four laps due to inclement weather.

With the floodlights making a soaked racetrack impossible for the riders, both in terms of grip and visibility, Bridgestone chose not even to bring their wet-weather tyres to Losail and as a result, no riders ventured out even while the natural light was sufficient. Once the floodlights took over, all hope of track time was lost.

As a result, Andrea Dovizioso ends the three-day test as the fastest rider ahead of reigning champion Marc Marquez and the second factory Ducati of Andrea Iannone. The next opportunity the riders will now have on-board their 2015 machines at Losail will be in the opening free practice session for the Qatar Grand Prix on March 26th.