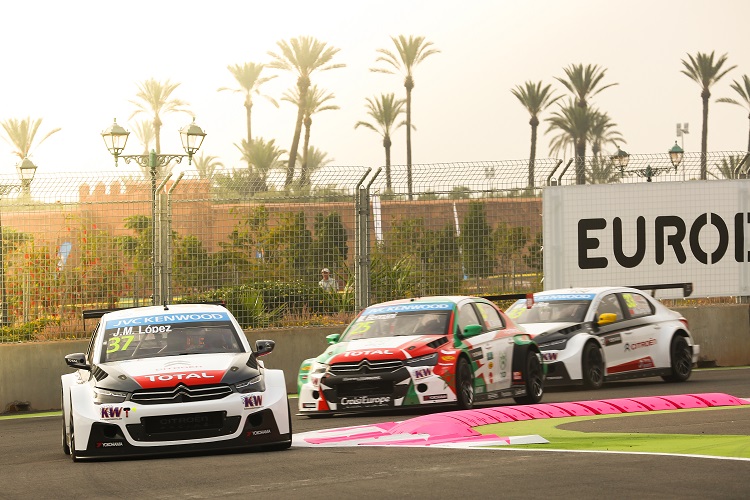 Jose Maria Lopez came out on top in World Touring Car Championship qualifying for the fifth consecutive session in Marrakech.

Lopez was given a relatively easy chance to claim pole by his Citroen team-mates Sebasiten Loeb and Yvan Muller failing to make it through to the shootout after only going eighth and tenth quickest respectively in Q2.

Moroccan hero Mehdi Bennani had set the pace before Lopez – going for his flying lap last as the fastest driver in Q2 – finished up on top by a quarter of a second.

Ma Qing Hua was third quickest, and the last of the drivers to actually complete a Q3 lap.

Hugo Valente and Tom Chilton both made it through to the final session but both were always set to start race one from the back of the grid as a result of fitting new upgraded engines from RML in their Chevrolets.

With nothing to gain from running, Chilton decided to sit out the final session to save his car. Valente on the other hand took part in Q3, only to crash early in his lap.

Norbert Michelisz was sixth fastest and would have been promoted to fourth with the Chevrolets’ demotion had he not gained a three-place grid penalty himself for being underweight.

That will move seventh-fastest Tiago Monteiro up to P4, and Loeb up to fifth. Tom Coronel will be sixth, after a suspected driveshaft problem caused him to slow when holding a top-five spot late in Q2.

Muller will start from reverse grid pole in race two but takes a five-place grid penalty in race one because of race contact in round one at Argentina.