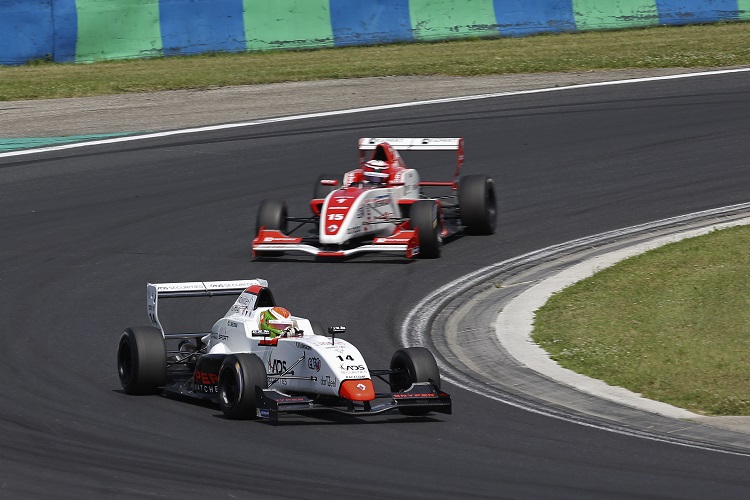 Louis Deletraz made amends for his race one penalty to lead race two of the Eurocup Formula Renault 2.0 Series round at the Hungaroring on Sunday.

The Swiss driver, who was handed a ten-second penalty after jumping the start in race one on Saturday, was untouchable in race two, leading home a 1-2 finish for Josef Kaufmann Racing ahead of team-mate Kevin Jörg by 1.870s.

The JKR duo were in a class of their own, with third placed Jake Hughes finishing 10.868s back from the race win, with his Koiranen GP team-mate and race one winner Jack Aitken fourth.

Harrison Scott held on to fifth position for AVF, while Anthoine Hubert was sixth for Tech 1 Racing, meaning the top six drivers finished in the position they started in.

Thiago Vivacqua finished seventh for JD Motorsport ahead of Ben Barnicoat, who could only finish eighth for Fortec Motorsports, while Darius Oskoui was ninth for the ART Junior Team ahead of Matevos Isaakyan of JD Motorsport, who had started from seventh on the grid.

Martin Kodric of Fortec Motorsports, Ukyo Sasahara of ART Junior Team and Dennis Olsen of Manor MP Motorsport finished just outside the points, but all were within seven seconds of third place finisher Hughes.