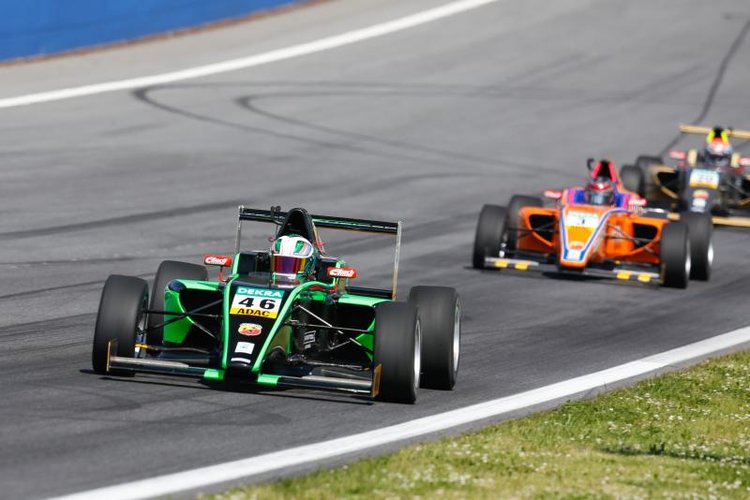 Jason Kremer joins Team Timo Schreider for the third round of the ADAC Formula 4 season at Spa-Francochamps this weekend. The 20 year old will replace Leon Wippersteg. Kremer has had experience with the championship before having race for three years in its predecessor, ADAC Formel Masters.

Kremer will likely enter the Spa race as one of the favourites. He competed for three years in Formel Masters from 2011 to 2013. He won one race in every season, finishing third in his final year, his success over the three years means that he holds the record for most points in the seven-year history of the championship.

Overall, he received 18 podiums which included three wins. For 2014 he moved to the VW Scirocco R-Cup Championship in which he finished runner up in his first season, 58 points behind champion Jordan Pepper.

Kremer admitted he was thrilled to be back in single-seaters; “I had some excellent discussions with Timo Scheider and am proud to be in the hunt for points with his ambitious squad. I’m sure that I´ll soon get used to the Formula 4 racing car with the crew’s support.”

One of Kremer’s Formel Masters wins was at the circuit, saying; “There can hardly be a better place than Spa for my return to open-wheel racing. I’ve done very well there in the past, achieving some success, and that’s what I intend to build on now.”

Team principal Timo Scheider said, “I am extremely pleased that Jason will strengthen our outfit at this next race weekend in Spa-Francorchamps He has proved his formula racing talent on many occasions in recent years and I am certain that he is the right driver for our team at this moment in time. His experience will certainly benefit us and we will do everything we can to see that he gets acclimatised to the ADAC Formula 4 as quickly as possible.”

He won’t be the only new face on the grid this weekend. Having already competed in MSA Formula and Italian F4, Lando Norris will be making his ADAC Formula 4 début in the number 69 car, racing for the Mucke Motorsport team.