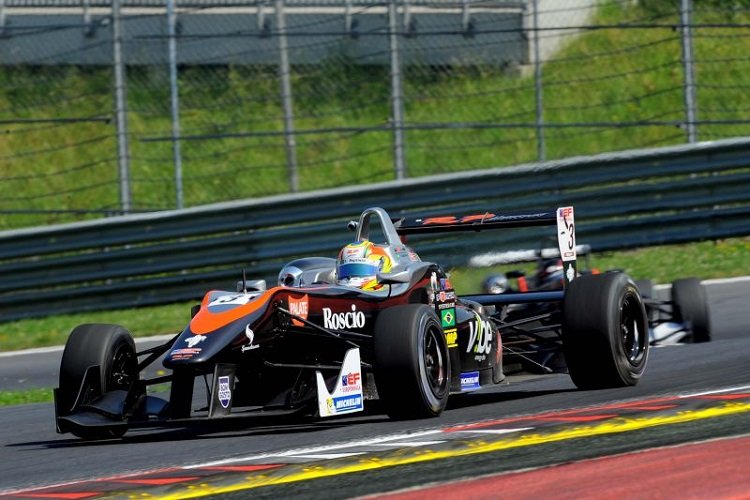 Vitor Baptista took his second pole position of the EuroFormula Open weekend at the Red Bull Ring in a close qualifying session on Sunday morning in Austria.

Baptista, who retired his RP Motorport machine from the opening race of the weekend on Saturday, set a best time of 1m27.030s to take his fourth pole position of the season, only 0.007s faster than Yarin Stern of Team West-Tec F3.

Race one winner Leonardo Pulcini could only qualify ninth for DAV Racing, albeit only 0.517s from Baptista’s pole time, while RP Motorsport’s Antoni Ptak completed the top ten.

Track limits were an issue for many drivers during the session, with seven drivers having times deleted for running off track, primarily at the penultimate turn seven, including Sathienthirakul, Fioravanti, Pulcini and Ptak.