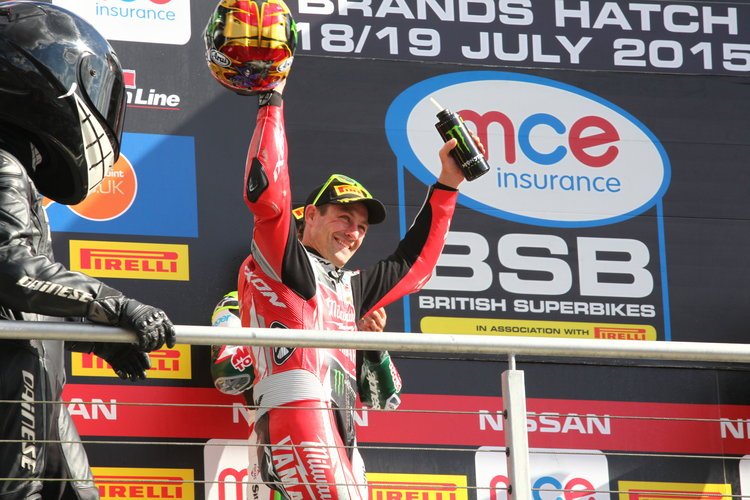 Milwaukee Yamaha’s Josh Brookes is hopeful that he can continue where he left off at Brands Hatch this weekend as the MCE British Superbike Championship heads to Thruxton.

The Australian not only scored his first victory of the season at Brands Hatch, but he also went on to complete the double in a day filled with drama.

There was a sense of relief throughout the Milwaukee Yamaha team, who had seen their new R1 machine on the podium nine-times before Brands Hatch.

The double victory, along with Shane Byrne suffering from a huge crash in race one, allowed Brookes to close the gap in the championship to just five points.

A confident Brookes said: “I love going to Thruxton every year, it’s one of those tracks that’s fun, fast and something to look forward to. To come from a track like Brands Hatch where we had a double win, to one like Thruxton has given us confidence already, so hopefully things will continue into this weekend.

“We have had more consistency this season and I think that comes from the bike as that is a big improvement on last year, but equally the team is working better too. There have been many developments made to the bike in the last few races so I am expecting to have a great battle at the front as it is a circuit I would anticipate to suit the new Yamaha.”

The 32-year-old has a good record at Thruxton, which is the fastest circuit on the BSB calendar, including a double victory last season whilst riding the old Yamaha R1 machine.

Hopeful that he can continue his form into the weekend, Brookes added: “Last year I won at Thruxton with the old model, so now with the new one we expect to be faster. There were more upgrades to try at Brands Hatch but we didn’t have time during the weekend to test them all, so now those parts will be tested at Thruxton this weekend.

“My first BSB win came at Thruxton, my best ever BSB race has been at Thruxton and I got the double there last year so I expect to be strong again this weekend.”

All the action at the Hampshire circuit gets underway this Friday with free practice one scheduled to begin at 10:15, followed by FP2 later on in the afternoon at 15:00.