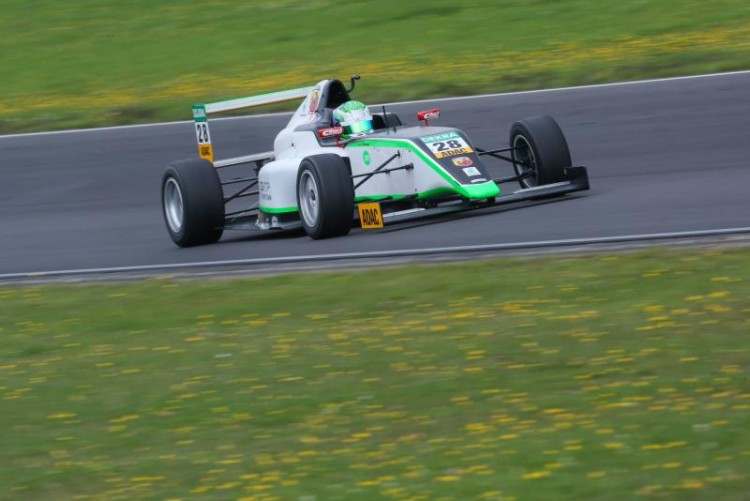 Janneau Esmeijer blitzed the opposition at the Nurburgring to ensure he took a double pole in the ADAC Formula 4 championships. The Dutch driver takes his second pole of the season having set a time 0.25 seconds quicker than any other driver.

Marvin Dienst was the driver to beat in Group A, setting a 1:27.900. While he wasn’t quick immediately, when he finally went top, he was unchallenged by those behind.

However; he was unable to beat the best time from second practice or his own personal best. This meant that the pace was there and would leave him vulnerable in the second session.

His closest rival was the man who’d set the fastest time in final practice. Lando Norris was close but despite constant improvement late on, neither him, nor his team mate, Robert Shwartzman were able to beat the German’s time.

Behind them was Marek Bockmann, who had been quick all session and continues his run of good qualifying, while Mike Ortmann was behind him at the end of the session.

In Group B it was Esmeijer who ended the session on top. With his fastest three times quicker than the best set by anyone else. He’d started the session off quietly, having made little impact early on, however; he had worked his way up to second by the half way stage.

After pitting, the Dutch driver was able to find clear track and a lot of pace to beat not just the session’s quickest time but also became the quickest time of the day before improving further. Esmeijer would end the session on pole with a time of 1:27.587, also taking pole for race 2 on second-quickest times.

David Beckmann had been on top for most of the session. He beat the time set by Dienst in Group A, but was unable to get close to Esmeijer.

Behind him was Ralf Aron and Joel Eriksson, who made an excellent recovery having not set a time in the final practice session. This would be bad news for championship rival Joey Mawson who was unable to improve on seventh in the session.

Meanwhile Mawson’s van Amersfoort Racing team mate, Mick Schumacher improved late on to go fifth in group B, putting him in a good position for points and reverse grid pole for race three on Sunday. Race 1 is Saturday, 12:00 local time.