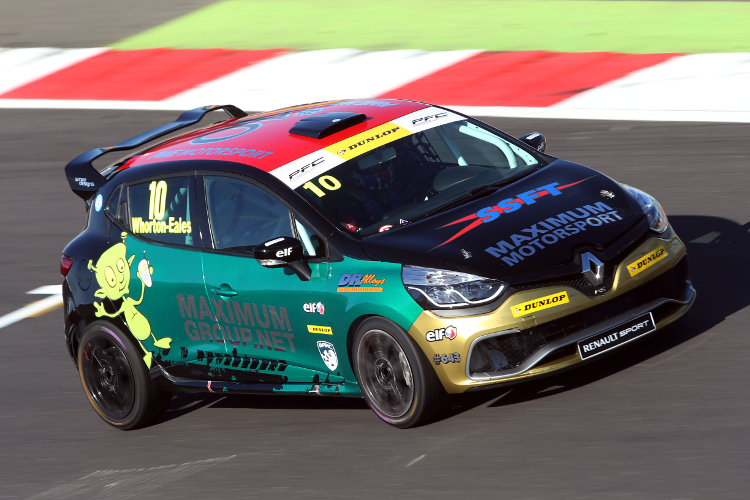 Ant Whorton-Eales has set a new Renault UK Clio Cup qualifying lap record at Silverstone en-route to a double pole position for the penultimate meeting of the 2015 season.

The four championship contenders filled the top four places in the timesheets around the national circuit, with points leader Ash Hand down in fourth behind Ashley Sutton and Paul Rivett.

A quarter of a second split the quartet at the end of the thirty minute session, with their second best times putting them in the same positions for the second of tomorrow’s races.

A star performance for Alex Sedgwick meanwhile saw the Clio Cup rookie post the fifth fastest time with Team Cooksport in his first qualifying session, though his second best effort could only secure him twelfth for race two.

Tom Witts was another debutant to impress with seventh for the opener, while Tom Grundy produced his best qualifying performance of the season so far with sixth and fifth for the two sessions.

Dan Holland took a pair of eighths on his return to the championship with WDE Motorsport, while Josh Price secured ninth for the opener and an improved sixth for race two, his highest grid start of his brief Clio spell so far.

Charlie Ladell, a regular in the top six, was a lower than hoped tenth for race one ahead of Luke Kidsley and Rangoni Corse newcomers Ben Davis and Michele Puccetti, while Cooksport duo Rory Collingbourne and George Jackson were a lowly fifteenth and sixteenth respectively.

For race two, Ladell is an improved seventh ahead of Holland, Kidsley, Davis, Witts, Sedgwick and Puccetti, with debutant Tom Butler fourteenth after taking eighteenth for the opening race.